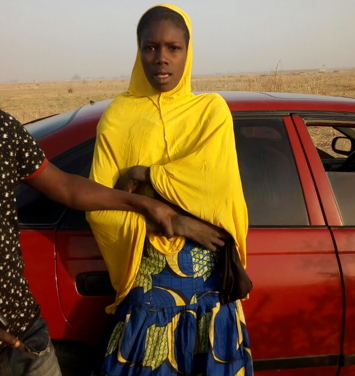 Meet Amina, an 18-year-old girl intercepted by NSCDC officials in Maiduguri on her way to carry out a suicide bombing.

Amina told the security operatives that she was given N200 to carry out the attack.

She added that she was abducted from her village in 2014 by the sect in Madagali Adamawa and taken to Sambisa forest where she was married off to a Boko Haram Commander. 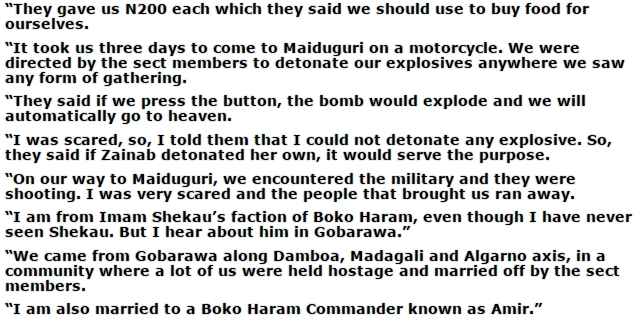 Amina said her younger brother, Umar, mother and father were killed while trying to escape from the Boko Haram camp where they were held hostage.

Borno state NSCDC Commandant, Ibrahim Abdullahi said the suspect has been handed over to the Nigerian army.