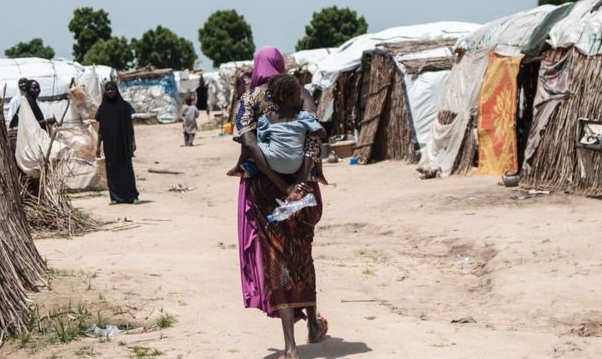 NEMA has confirmed the death of three persons in a suicide bomb attack at the Dalori Internally Displaced Persons (IDPs) camp in Maiduguri on Sunday night.

The NEMA North-East Zonal Information Officer, Mr Abdulkadir Ibrahim, confirmed this on Monday, adding that 15 other persons were injured during the incident.

A competent security source had earlier told  NAN that a female suicide bomber was shot by security men when she tried to cross the perimeter fence at the camp.

“They shot her and the explosive device strapped to her body detonated, and blew the woman into pieces,” the source said.

The source added that a male suicide bomber had also infiltrated the camp and detonated the explosives strapped to his body and killed four persons.

“Two persons died on the spot while two others died at the hospital,” the source added.