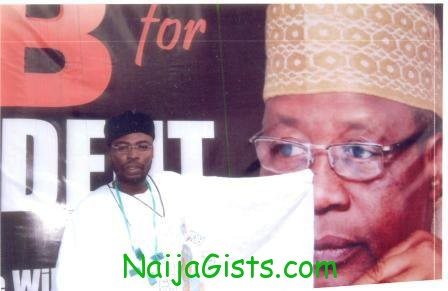 According to the pm news, Ali Sanda Konduga, an alleged “spokesman” of the Islamic fundamentalist sect, Boko Haram who was paraded by Nigeria Department of State Security Services on Monday has named some prominent politicians in Borno State as his sponsors.

This is even as Marilyn Ogar, spokesperson for DSS told journalists at the press briefing that the arrest of Konduga who is known as AL-ZAWAHIRI in the media and his confessions to operatives of the agency has further confirmed suspicion that the “extremist religious group have political patronage and sponsorship”.

Though the intelligence agency refused to identify the politicians involved, the suspect however identified a Senator representing one of Borno’s districts on the platform of Peoples Democratic Party, PDP in the upper chamber of the National Assembly as one of the sponsors of the militant sect.

Also fingered by the suspect is Ali Modu Sheriff, former Governor of Borno State. Konduga said Boko Haram members were against the former Governor and the ANPP because Sheriff used and dumped them, citing an example of a member of the sect who was appointed a commissioner by the Governor, but later relieved of his appointment.

Before he decamped to PDP, the senator had represented Chiboki/ Damboa/ and Gwoza constituency between 2003 and 2011 in the House of Representatives on the platform of ANPP. The suspect said the Senator was working in concert with a former minister before the April, 2011 elections.

The suspect also identified one Ambassador as promising him N10 million, though he died when he was on the way to give him part of the money. Konduga who revealed that Boko Haram has three spokespersons however said he has been on suspension from the group because the members suspected him of working for the security agencies.

Attempts to get reaction of the indicted men, especially Ndume were unsuccessful as at the time of writing this story. The DDS spokesperson however said analysis of AL ZAWAHIRI’s phone has confirmed constant communication between him and the legislator”, which she failed to name.

While narrating the circumstances that led to the arrest of the suspect, Ogar said in a press statement she read to journalists in Abuja that Konduga was arrested on 3rd November, 2011 at Gwange Area of Maiduguri, Borno State.

The DSS spokesperson said the suspect was a former political thug operating under a group known as ECOMOG. She said the suspect has admitted to the intelligence agency operatives that he was recruited by a political stalwart in Maiduguri.

According to her, the Boko Haram operatives has also admitted that following the introduction of compulsory registration of SIM Cards nationwide, he was asked to steal a SIM Card which he used in sending threat messages. The DSS spokesperson also said Konduga told its operatives that the AL-ZAWAHIRI was given to him by the politician that recruited him to portray him as an extremist as well as conceal his true identity.

She said Konduga also told DSS operatives that one of his benefactors promised to pay him N10 million, but died while on his way to deliver the part payment of N5 million to him.

The intelligence agency also said the suspect has confessed that he was behind threat messages sent to the Judges of Election Petition in Maiduguri.

“His objective was to ensure that the Tribunal sacks the present government in Borno. That the telephone number and the content of the text message sent to the Attorney General and Minister of Justice were also given to him by the legislator in order to compel him(AGF) to influence the judgement of the tribunal against the Government in Borno State”, said Ogar.

DSS said Konduga confessed that the threat messages he sent to Justice Sabo Adamu were scripted and relayed to him by the National Assembly member and that the messages eventually led to relocation of the election petition tribunal from Maiduguri to Abuja.

The suspect was said to have confessed that the same Senator promised to send promised to send him some telephone numbers of members of the Galtomari Committee on Security in the North East. The accused said he was arrested before he was given the number.

According to the suspect, Ali Sanda Konduga below are the names and positions of top Boko Haram Sponsors in Nigeria 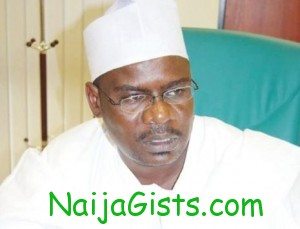 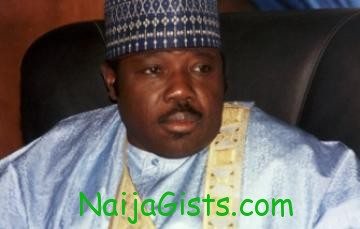 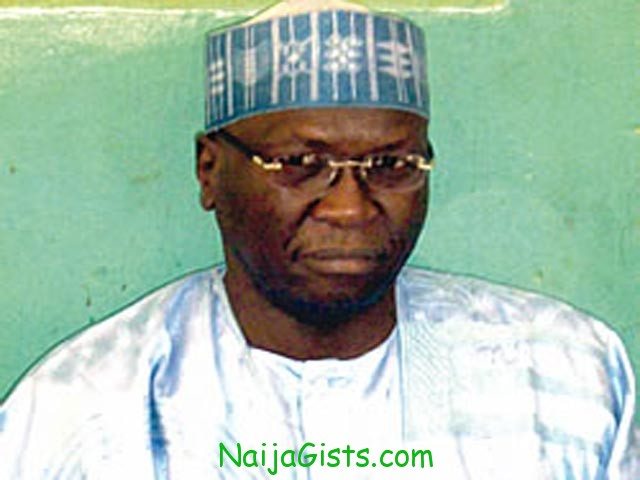 Stay in touch with naijagists.com as this story develops.