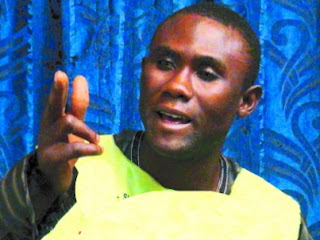 A Boko Haram terrorist has finally surrendered his life to Christ at a Living Faith Church in Kaduna.

According to Bishop David Oyedepo, the agent was sent to bomb a branch of the Living Faith Church in Kaduna but on getting to the church, his bomb refused to detonate.

He then sent his wife to attack the same church with bomb concealed in a diaper and the bomb refused to go off. She returned home to tell him the same story.

The terrorist later surrendered himself to Christ at the same church.

He is now among the committed worker at the church.

This testimony was shared by Bishop Davido Oyedepo during the midweek service at Canaanland Ota today Wednesday the 5th of October 2016.

This is nothing but the raw hand of God.