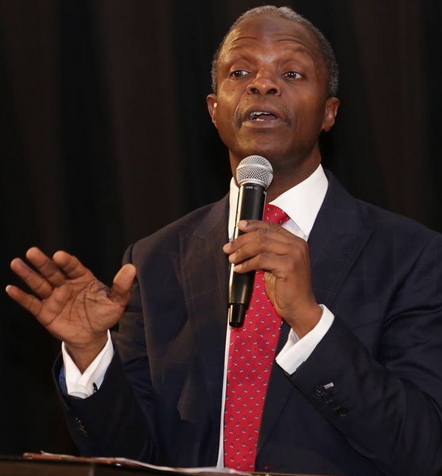 Today Nigeria’s Vice President Yemi Osinbajo revealed to journalists that the insurgents are planning to attack one of his residents.

This was uncovered in Lagos today at the meeting of the National Economic Council (NEC) which he chaired. at the State House, Abuja, Osinbajo said the insurgents plot includes use of scavengers to plant the bombs.

A resolution of the meeting made available to journalists however was not specific on which of the residence of the VP is being targeted by the terrorists.

The resolution was circulated by the council secretariat after the Lagos State Governor, Akinwunmi Ambode, has briefed journalists.

“The Vice-President regretted that the insurgency has affected the economic life of the north east and the country as a whole.

“He called for the Council to speak as a teem to put pressure on the Service Chiefs to increase their effort in fighting insurgency.

“There should be increase in sensitization and education channels like radio, television.

“The Vice President also disclosed that security reports has it that scavengers are now being prepared by insurgents to dump refuse laden with bombs in the house of the Vice-President,” it was stated in the resolution.