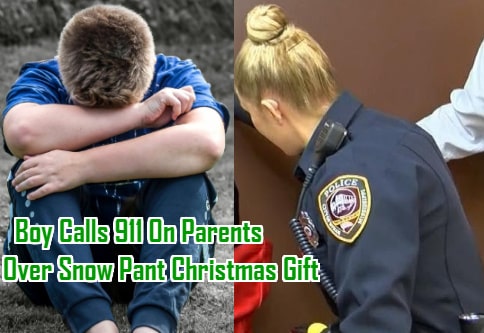 A little boy has been placed on Santa’s naughty list for 2019 Christmas after calling police on parents for buying him a pair of Snow pant for Christmas.

The unidentified 7 year old reportedly dialed 911 (Emergency # in North America) when he opened his Christmas gift and discovered it was a snow pant.

He became upset because the snow pant is what he least expected from his parents.

When police arrived at their home, they lectured him on the consequences of calling 911 when there is no emergency.

Here is how Schmidt broke the news on Twitter on Tuesday. 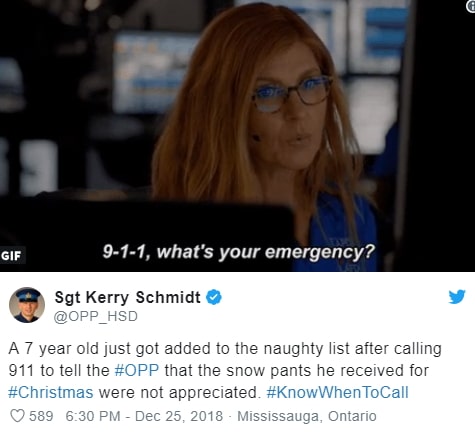 The little man definitely have to work really hard to get himself off Santa’s naughty list before December 2019.