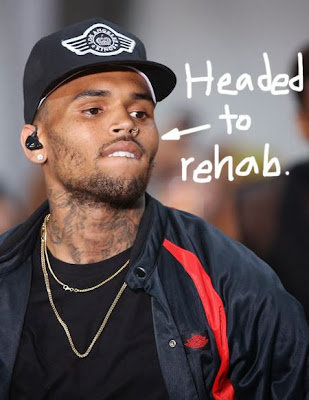 Chris Brown has checked into a celebrity rehabilitation center in order to skip jail.

On Sunday the 27th of October 2013, Chris Brown was arrested for assault, a violence that might lead him to jail.

“Chris Brown has elected to enter a rehab facility. His goal is to gain focus and insight into his past and recent behavior, enabling him to continue the pursuit of his life and his career from a healthier vantage point.” – said his spokesperson.

He is scheduled to stay in rehab pending his court appearance.

Since he parted with Rihanna, Breezy has always being in one trouble or the other.

What could be wrong with him?