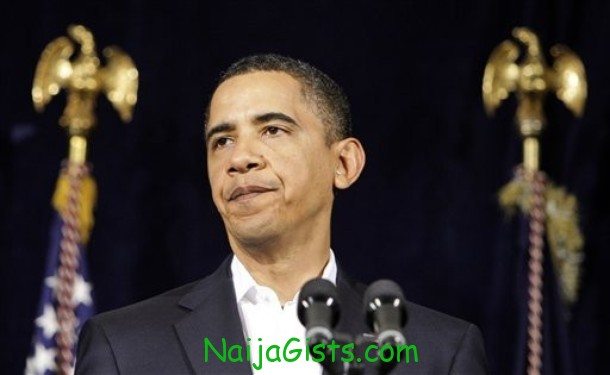 The President of the United States of American, Barack Obama has condemned what he called a “senseless” Christmas terrorist attack in Nigeria.

In a statement, the White House also offered its condolences to the Nigerian people, especially the families of at least 39 people killed Sunday. The majority died on the steps of a Catholic church after celebrating Mass, part of an apparently coordinated assault by a radical Muslim sect.

The White House said U.S. officials have been in contact with their counterparts in Nigeria and pledged to assist them in bringing those responsible to justice.

President Barack Obama monitored developments from Hawaii, where he is vacationing with his family.(pm news)