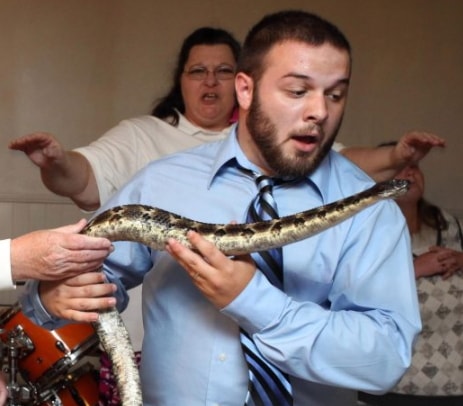 Cody Coots, US Pastor Bitten By Deadly Rattlesnake During Service Says Attack Was A Sign From God

A viral footage that showed young Pastor Cody Coots attacked by a rattlesnake in front of his church members has gone viral.

The footage was captured as part of a documentary to promote the snake handling church based in Kentucky.

Cody Coots who survived his latest attack said it was a sign from God.

His church members drink poison and handle snakes in order to prove their devotion to God. 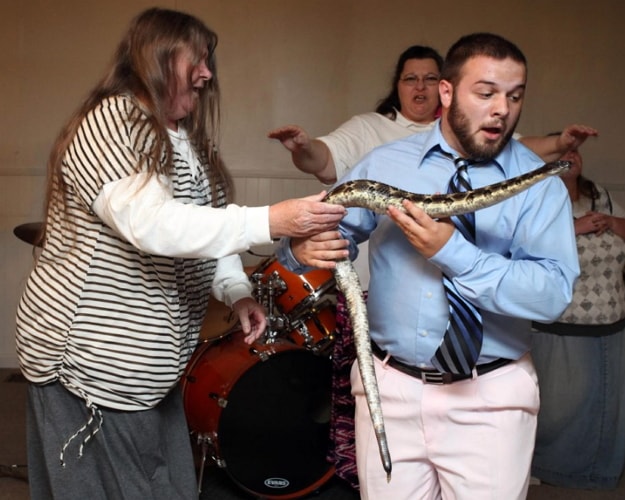 Shortly after the last attack, Coots who asked his friends to take him to a mountaintop to see if God will save him or let him die was rescued after his friends rejected his order and drove him to the hospital where doctors said he was lucky to still be alive. 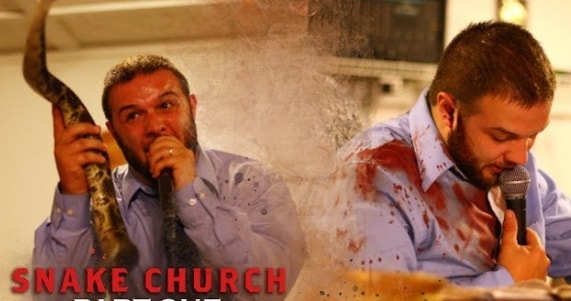 His father Jamie Coots died within 7 minutes after a snake bit his hand during service.

Video & Photos: Snake Bites American Pastor Cody Coots While Preaching With It In Kentucky
Contact Lens Stuck In Woman’s Eye For 28 Years Turns Into Lump In Her Eyelid