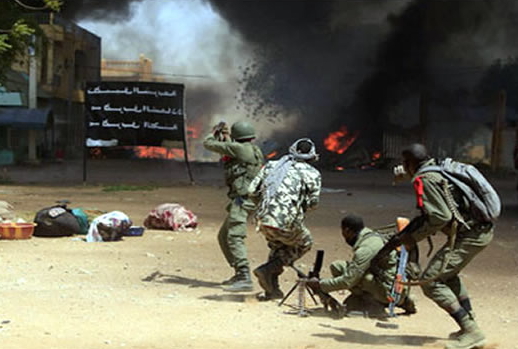 48 corpses of persons killed by Boko Haram terrorists during an oil exploration to the Lake Chad Basin have been brought to the Maiduguri Teaching Hospital in the Borno State capital.

Sources at the UMTH and the Maimalari Army Barrack told The PUNCH that the corpses were brought into Maiduguri from the scene of the attack.

Also six persons who were wounded in the attack but escaped to somewhere in Yobe State were later found dead and brought to Maiduguri.

Apart from the wounded soldiers admitted to military hospital in the town, two members of the Civilian JTF were as at Thursday on admission at the UMTH.

The Army, in a press statement on Wednesday by it’s spokesman, Brig. Gen. Sani Usman, had claimed that all the NNPC staff abducted in the Tuesday’s ambush had been rescued.

Usman, in the statement, said: “On receipt of the information, the Brigade mobilized and sent reinforcement, search and rescue party that include the Armed Forces Special Forces and guides that worked and pursued the terrorists throughout the night.

“So far, they have rescued all the NNPC staff and recovered the corpses of the Officer, 8 soldiers and a civilian who have been evacuated to 7 Division Medical Services and Hospital.

“The team recovered 4 vehicles one of which include a gun truck mounted with an Anti-Aircraft Gun, 2 white Hilux taken away from NNPC staff and 1 blue Hilux belonging to CJTF. The team also recovered large quantities of arms and ammunition, several spare tyres, many jerry cans of containing Petroleum, Oil and Lubricant, assorted drugs, Improvised Explosive Device (IED) making materials, reflective jackets and a Motorola handheld radio, among others. The team also neutralized many of the terrorists.”

But investigations revealed that five lecturers from the University of Maiduguri in the exploration team were killed.

Names of three of those who were given as Dr. Joseph Millitus, Dr. Manaja Uba and Idris Njodi.

A family of one of the deceased (Dr. Joseph Millitus), Daniel Millitus told the PUNCH that the family was still in grief over the lost of one of the rising stars of the family.

Daniel Millitus, who is a pastor in one of the parishes of Redeemed Christian Church of God in Maiduguri, said the family is making arrangements for the burial of their son.

Another relative of a slain lecturer (Dr. Manaja Uba), said the family was still in shock and found it difficult to believe that “Manaja was no more.”

She lamented that another relative (Yusuf Ibrahim) also in the exploration team is still missing.

When contacted on phone by journalists, the spokesman of the University of Maiduguri, Professor Danjuma Gambo, said, he was in Abuja and, therefore, has limited access to information on happenings at the institution.

He, however, promised to get more information on the claims as soon as he gets back on campus from Abuja.

The Deputy Director Army Public Relations, Col. Kingsley Samuel, when contacted on the matter, said it was not within the purview of the 7 Division where he is the spokesman.

He asked that: “You have to get in contact with Abuja on this, as I have no available information. It is under the 8 division.