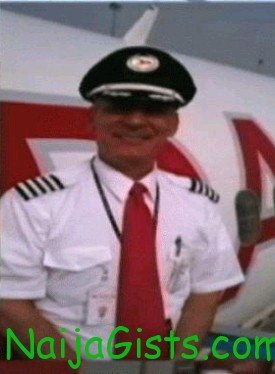 According to information received from the Black box of the crashed Aircraft on June 3rd, 2012, below is the last conversation the Air pilot (Peter Waxtan) had with Air Traffic Controllers.

The transcription of the last conversation between the air traffic controller and the crew revealed that the pilots did everything to land the aircraft safely on Runway 18 Right of the Murtala Muhammed Airport. 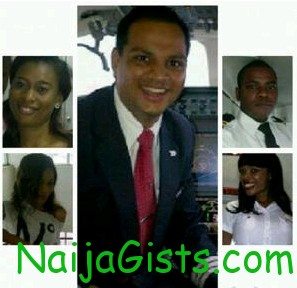 The recording, a copy of which was obtained exclusively from a top official of the Ministry of Aviation on Monday by our correspondent, showed that the flight crew did not lose hope even up till the last second before the aircraft crashed.

The crew had believed the aircraft would make it to Runway 18R of the Lagos airport.

The transcription revealed that the aircraft had indeed lost its two engines, shortly after which the pilot declared an emergency.

This revelation is, however, contrary to the view of Dana Air’s Director of Flight Operations, Captain Oscar Wason, who had said it would be premature to conclude that aircraft lost its two engines.

Wason claimed that there was nothing to indicate that the pilot told the air traffic controller that the two engines of the aircraft had been lost.

The transcription revealed that the pilot told the controller he had “dual engine failure.”

Apart from having dual engine failure, the pilot also told the air traffic controller that he had “negative response from the throttle.”

Overall, the transcription revealed that the airplane was in a very devastating condition.

This explains why it was said to have descended very fast shortly after the pilot declared emergency, saying, “May Day, May Day”

Air traffic controllers, who spoke to our correspondent under condition of anonymity because they were not allowed to comment on the matter, confirmed that the aircraft descended very fast.

The video recording of the radar also revealed that the aircraft pilot declared emergency at about 5,000 feet above the sea level.

It further revealed that the ill-fated Boeing McDonell Douglass-83 plane disappeared from the radar at about 800 feet above the sea level.

The recording, however, confirmed Wason’s claim that the pilot of the ill-fated plane never spoke with air traffic controllers in the Control Tower.

Rather, the pilot spoke with ATCs in the radar control room of the Nigerian Airspace Management Agency, which is also located at the airport.

The recording also revealed that the pilot was handed over to the ATCs in the Control Tower, but he never had a chance to speak with them before the crash.

From the recording, the last words the pilot told the radar control unit was, “1181, good day,” in response to some information he had received from the ATC on duty.

The ATC had told him to contact the Control Tower on frequency 1181. The pilot, who had declared emergency to the ATCs in the radar control room, replied, “1181 good day,” meaning he had got the information.

According to ATCs, “good day” is the usual parlance they and pilots use in signing off from a conversation.

From his accent, it was obvious he was the Indian co-pilot, Mr. Mahendra Roathore, who spoke with the ATCs during the last minutes of the tragic flight.

The pilot, an American, Captain Peter Waxtan, was said to have been busy, struggling to keep the aircraft in flight, while the co-pilot spoke with the ATCs.

Below is the word-for-word account of the conversation between the crew of the ill-fated plane and the ATC on duty.

Unfortunately, the crew never spoke with the control tower. The aircraft crashed into the residential building a few seconds after this discussion.

May their soul rest in perfect peace