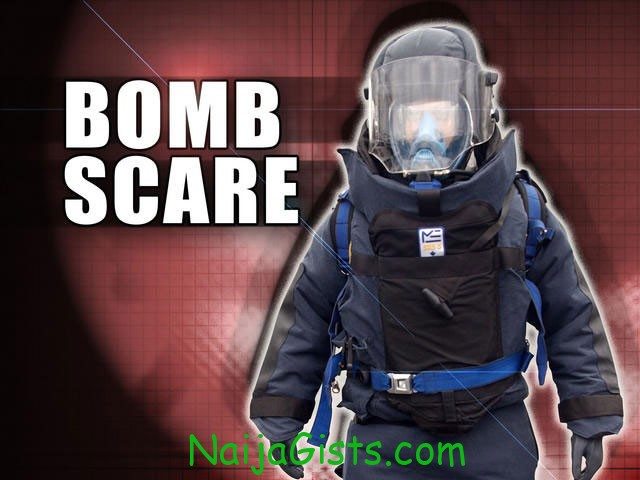 Staff and students were said to have noticed some strange openings in the ceiling of one of the lecture blocks creating fears that someone might have opened it to planted a bomb since nothing was found missing to suggest burglary.

Staff and students were said to have evacuated and the Police Anti-Bomb Unit invited to comb the building. They found nothing after a thorough search.

News of the possible discovery of a bomb coming a day after Sunday’s suicide attack on another church spread rapidly to neighbouring areas, creating panic and making some people to hurriedly close their shops.

Lectures were suspended in the school, while the commotion lasted though things later normalised after the anti-bomb officers certified the building free of any explosive.

He said the holes might have been created by burglars attempting to steal from the building but probably found nothing of value.

He agreed that the fear of the students must have been heightened by rumours of a planned attack on the institution and Sunday’s attack on Christ Chosen Church along Rukuba Road.