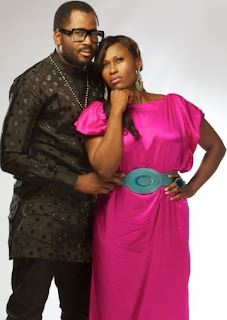 With several award-winning movies between them and commendable performances that have spanned over combined two decades, celebrated Nollywood actor, Desmond Elliot, and award-winning actress Uche Jombo are coming together to produce what they both call the ‘biggest movie project’ of their careers, The Place.

The place, a comedy flick written by comedian Mr. Patrick Onyeka, is the story of a book stolen from ‘the Place’ by an evil man. It needs to be retrieved before the evil man destroys the world. Who will save the world from destruction? Two unlikely heroes: Bishop Imeh and Mr. Patrick decide to be the heroes. The unfolding plots, dialogues and special effects form the basis for the ‘biggest comedy movie in recent times’, according to producer and director, Desmond Elliot.

Produced under joint production of Uche Jombo Studios and Denziot Production, The Place will be released directly to DVD on June 3rd nationwide.

Speaking on the movie, Desmond said the combination of resources and expertise leads to what he called, ‘exciting outcome’. “I am excited about this project, so excited that I can’t wait for a cinema date, I have to release to DVD direct. In over a decade of being in the industry, I’ve done a number of movies but this stands out.”

Uche Jombo on the other hand said, “When I got the script from Mr. Patrick, one thing was clear, the story will be like eating rice without stew if the special effects are not done right so we went all the way. The special effect is something people should watch out for and am also proud of the story, very funny, the fact that a comedian wrote it must have influenced it a great deal.”