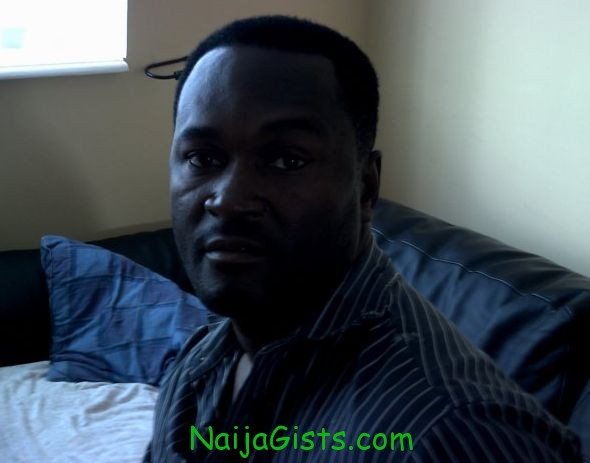 A very dumb man by the name of Arquimedes Nganga  is suing his church for ruining his chances of ever playing for Manchester United. naijagists.com

Read the detail gists below

“A retired semi-professional footballer who claims his faith ruined his chances of playing for Manchester United is suing the Baptist Church for £10 million.

In a case reminiscent of the 2001 Billy Connolly film The Man Who Sued God, Arquimedes Nganga accused religious leaders of deceiving him “into following false beliefs”.

Mr Nganga, 46, from Forest Hill, said he could have earned £20,000 a week, despite never making more than £200 a month in his home country Portugal’s Third Division. He quit the sport aged 25 when he converted to the Baptist faith.

He said: “I could definitely have had a long career in the Premiership. I see many players playing today who I am not inferior to – and perhaps even better than. Most midfielders are either defensive or attacking but I was both. I had something new.”

After converting in 1989, Mr Nganga spent 19 years as a “fervent evangelist”, devoting his life to the Bible and abstaining from sex. Now he is suing the leaders of the Baptist Union of Great Britain, who, he says, “conspired to defraud me of my finances, time and my life”.

In papers filed in the High Court, he accuses the church of destroying his social life, causing him “psychological harm” and defrauding him of money through compulsory donations.

The writ blames church leaders for physical assaults Mr Nganga suffered at the hands of people he was trying to convert. It states: “They got upset and reacted violently after being told that they were sinners. I was slapped and punched, and kicked in my left knee, breaking its cartilage.”

The church said today that it would vigorously contest the claim. As well as suing the British arm, Mr Nganga has begun a legal battle with the US-based Baptist World Alliance and has written a book, The Millenary Fraud.” (Credit: Evening Standard)