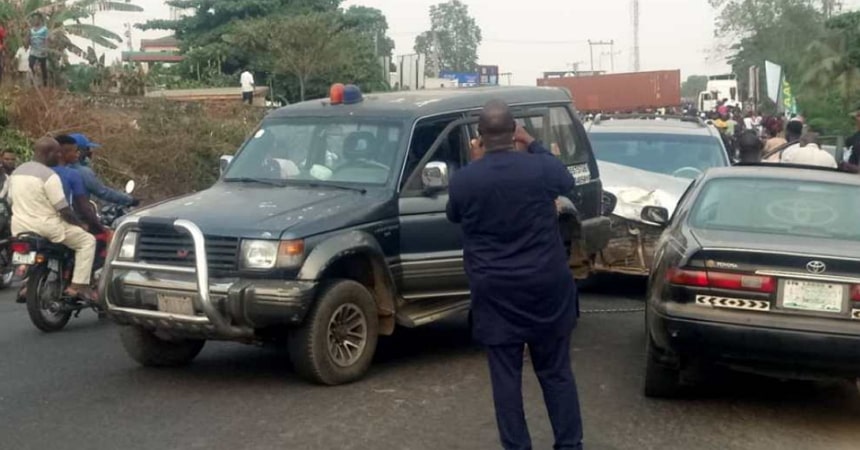 At least 6 people died in an accident involving 4 vehicles which occurred at about 3:40p.m. on Thursday at Iyagangu GRA Junction in Ibadan.

The accident occurred when a truck coming from Aleshinloye market area lost control at Iyaganku junction and rammed into a loaded petrol tanker, a Micra car, Sienna car and trailer.

NAN reports that the articulated vehicle then rammed to the other three vehicles going towards Iyaganku police station.

Matthew said that six of the victims were injured and six died.

He said the corpses of the deceased, which comprised of five males and one female, had been deposited in mortuary at Adeoyo Hospital, Ring Road, Ibadan.

Matthew said the injured persons were taken to the Nigerian Railway Corporation hospital for treatment. 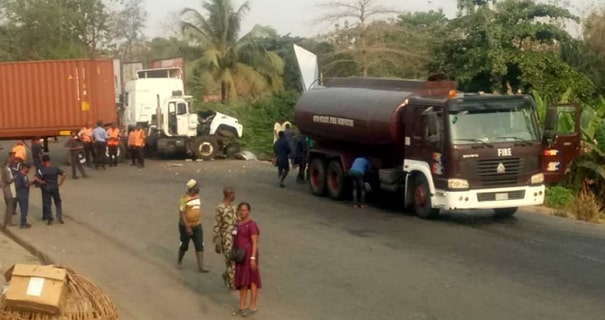 He attributed the possible cause of the accident to brake failure of the articulated vehicle.