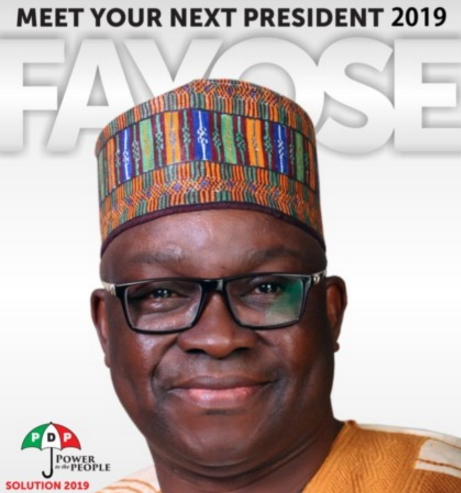 Ekiti man of the people, Fayose has started his journey to Aso Rock.

The highly controversial governor took to Twitter today to share his official campaign poster for his 2019 ambition of un-sitting  Buhari.

Fayose, a regular critique of Buhari’s administration had previously declared that he will become the next President of Nigeria come 2019.

The governor who owes Ekiti public servants a backlog of salaries is contesting under the People’s Democratic Party (PDP). 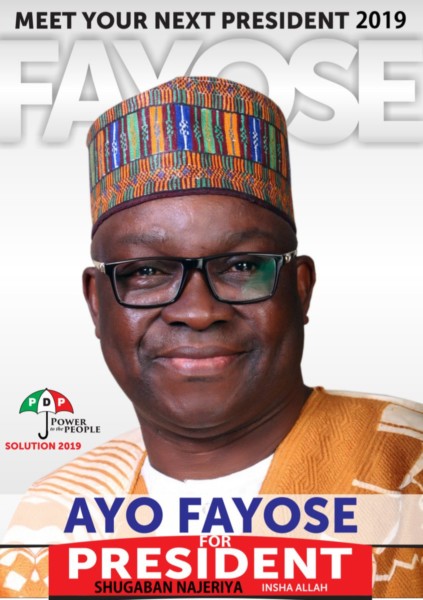