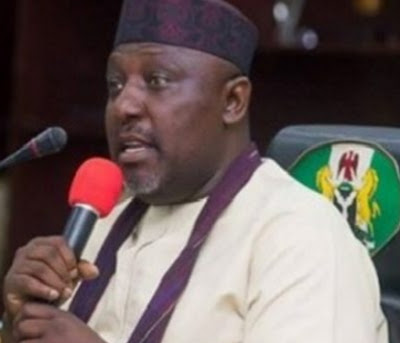 “No Reasonable Igbo Man Will Support Nnamdi Kanu, He Is A Child, IPOB Not An Ibo Affair”  – Okorocha

Imo State Governor Rochas Okorocha has described the agitation by the Indigenous People of Biafra, IPOB, for a sovereign republic in the South-East as a child’s play and also described the crusader Nnamdi Kanu as a child.

The governor who spoke on Wednesday after leading a delegation of APC Governors forum on a visit to IDPs, and victims of the recent Benue flood disaster in Benue State, said no reasonable Ibo man was backing the agitation.

“I have always said that IPOB is an agitation group, but the captioning is bad when you talk of sovereignty within a sovereign nation and also talking of secession.

“Let me assure you that no Ibo person or man is in support of secession and people must see this as a childish act. We must stand up to address it before it becomes a national problem.

“As for us leaders in that area, it will be insane for anyone to think that the IPOB leader will ask us to follow him to seek secession.

“So Nigerians must learn to address it specifically. If you are addressing IPOB you should be specific and not to address it as if it is an Ibo affair.”

The governor  reportedly donated N10million to Benue flood victims and the displaced people as he sympathized with them over the disaster.