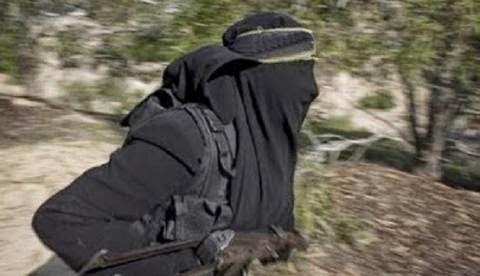 According to eyewitnesses, a female suicide bomber covered in Hijab was shot dead by vigilant soldiers at the entrance of a barrack yesterday in Gombe.

The lady who refused to be searched was said to have approached the barracks in Bolari area of Gombe yesterday.

While she was heading towards the military guards at the gates despite repeated orders from soldiers to stop at a distance, they opened fire on her.

She exploded with a loud sound that shook our buildings,” said Nasir, a resident in the area.

Another resident, Ahmed Baballe,said the would-be bomber was “blown to pieces” by the impact of the explosion.

“The soldiers didn’t take chances with the woman and opened fire when she showed no sign of stopping to be searched,”  Baballe said.