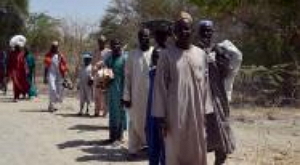 Weeks after the army dislodged Boko Haram from it stronghold in Sambisa forest, some of the insurgents have built homes in Lagos.

The terrorists reportedly infiltrated Eti Osa LGA of of Lagos State, it was gathered over the weekend.

A security source disclosed that, after the army cleared Sambisa of insurgents, “fleeing Boko Haram members have settled in communities around the country; but, naturally, any stranger who arrives in any environment, stands out. It’s not only Boko Haram members who have infiltrated Lagos, there are also Niger Delta militants and kidnappers living in waterfront shanties around the state…”