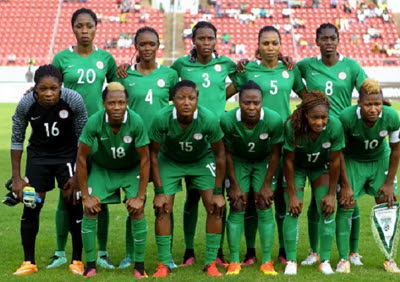 The Nigeria’s Super Falcons suffered a terrible defeat to France today in an international friend match played in Paris.

The Most Valuable Player of the match was Gauvin Valerie for grabbing a hat-trick.

She scored the three goals in the 36th, 70th and 78th of the encounter.

It was Thomas Dennerby baptism of fire as head coach of the women’s team.

France got their fourth goal in less than 12 minutes into the second half. Aminata Diallo(One of France Star Players) netted the fourth in the 60th minute.

The Falcons only trained twice for the friendly

They had not played a game since winning the 2016 Africa Women’s Championship (AWC) in Cameroon.

Last year, France who are preparing for next year’s World Cup as host also trounced Ghana 8-0 in another friendly.