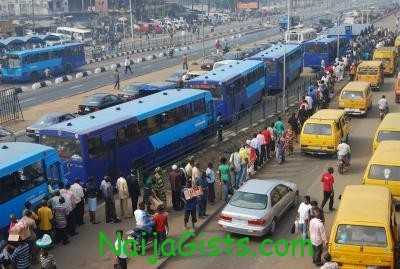 The country of France has disclosed that it will lend $100 million dollars to Nigeria to grow a fledgling bus network in sub-Saharan Africa’s largest city.

The French Foreign ministry, in a statement released on Friday, said that the funds will go toward Lagos’ $330-million urban transport plan. It said the plan is co-funded by The World Bank and the Global Environment Facility.

According to the statement, the loan will help develop a network of rapid transit buses in Nigeria’s main city in a bid to decongest traffic and reduce pollution.

Also, France and Nigeria have joined forces to step up their joint fight against terrorism in West Africa.

President Goodluck Jonathan disclosed this at the end of his three-day visit to Paris, the capital of France.

Jonathan said security experts from the two countries will work together to stop terrorism from spreading throughout the region.

“When Africa is undergoing a crisis, Europe feels the effects,” he explained.

Continue Reading
You may also like...
Related Topics:france, lends, nigeria