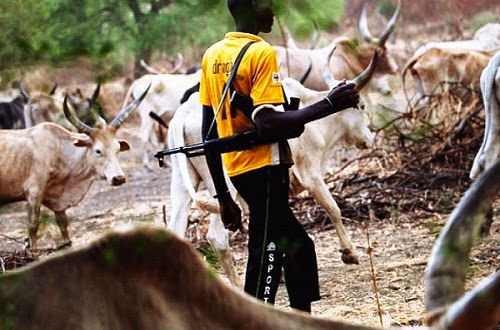 Some suspected Fulani herdsmen unleashed terror on farmers and their family members in an early morning attack on Sunday the 15th of March 2015.

The early morning attack claimed the lives of 45 people including women and children at Egba village in Benue state.

“I confirm that 45 people, including women and children, were killed this morning in an attack on Egba village… of Benue state by suspected herdsmen,”.

“Several others were injured in the gun and machete attack,”.

A senator in the area, Audu Sule said the attack claimed 50.

“Around 50 people were killed in Egba village in my constituency in an early morning attack. The gunmen came in large numbers, all armed with AK47 rifles,” he told AFP.