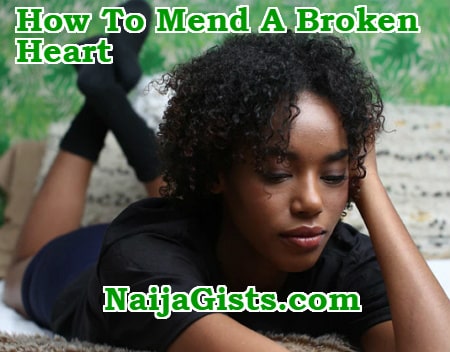 Emmanuel was in love. He had never been happier. He was in love with someone he considered the most beautiful, charming and intelligent woman in the world.

His girlfriend Freda was the envy of her friends because of the way he doted on her. They have been dating for over two years. They had plans to get married and have children.

For the first time in his life, he could imagine himself becoming a father. And then something seemed to go wrong. Freda became tired and irritable whenever they were together. She didn’t want to spend as time with him like she did in the past.

She started avoiding him. She would talk to him anyhow. He knew something was wrong but when he asked, she didn’t give him a meaningful answer for her sudden change of behaviour.

And suddenly, without warning, she told him that it was over. She broke up with him one cold morning without telling him why. Emmanuel went from disbelief to incredible pain. It hurt to know that the woman he loved did not love him anymore.

His emotions fluctuated between rage and sadness. He kept asking her why she would throw away everything they had built and their plans for the future but she refused to respond to his questions.

Amanda and Johnson had been dating for a year. Amanda wanted to get married and start a family. Johnson said he wanted it too, but that they weren’t ready yet. “What will it take for us to be ready?” she asked.

Johnson could say only that he knew it wasn’t time. Six months later, he still wasn’t ready, and Amanda decided that she had to break up with him. But she dreaded the pain and hurt she knew she would feel.

It took her another six months to get up the courage to say goodbye. What she didn’t realize was that her decision would also hurt Johnson. He sobbed when she told him she was leaving. “I’m so sorry,” he said. “I love you. I just can’t marry you.” He didn’t explain why.

There is a literal pain that comes with the loss of a relationship: a sharp, palpable pain that most people feel at the point that their lower ribs connect. It’s a pulsing, sharp pain that weakens you and takes your breath away. It’s a pain that defies distraction, repels food, and throbs even through sleep.

For many broken-hearted people, this physical pain is one of the worst parts of going through a bad break up. It scares them, it hurts them, it sucks their strength but they can’t make it go away. So they wonder when it will ever stop, or whether they will ever feel better.

Furthermore, maddeningly, it feels like contact with their ex is like the only thing that will stop the hurting. This is true even if they know intellectually that the relationship with their ex is toxic, and any contact will only bring more pain in the end. They still crave the temporary relief it might bring.

It is a known fact that hearts don’t really break, but it can be hard to deal with the end of a relationship. Not only will you feel a physical pain in your chest, where your heart seems to be cracking, but also you probably feel your whole body aching. The sting of heartbreak can be hard to soothe but it is possible.

To soothe the pain you feel from heartbreak, you have to first recognize that you are suffering from an injury. You have to allow yourself time to heal. Get enough rest. And feed yourself well, even if you don’t feel much like eating. Food nourishes your body, and this is a time that your body needs nourishment to repair itself.

When you are physically injured, you are often told to stay off of the injured part of your body for a period of time. The same can be true for the pain of a breakup.

People can get really worried about themselves when they are filled with pain, and feeling like they are falling apart in the aftermath of a breakup. When you can’t stop thinking about your ex even though you know you should, and you can’t get over it as speedily as everyone wants you to, it’s easy to get tricked into believing that there is something wrong.

There isn’t. You are in withdrawal, and your body feels it. You are craving something that you can no longer have. Embrace the process of recovery, give yourself time to heal, and have faith in the process. You’ll be on the other side soon.

Sometimes it seems as though an emotional injury doesn’t get credit for being as painful as it is. While people may be sympathetic about the pain of a breakup for a while, they often want you to get over it before you are actually healed.

But you have to remind yourself and your well-intentioned family or friends that, like physical injuries, emotional injuries need time. You don’t have to rush into another relationship to get back at your ex. Take time to heal your wounded heart and soul before dating again.

Just like it is with physical exercise, it’s important to go back to the dating scene slowly and carefully. You have to give your body and heart a chance to get used to loving and trusting another human being again. You need to rebuild your feeling muscles just as you would your physical muscles.

After heartbreak, you can maybe start with a quiet evening with friends or a drink with an old friend. See how it feels, and when you feel ready, try a larger social event. You can also hang out with friends at the cinema or go to beach for some quiet moments to reflect on your life and future. But don’t jump into a new relationship with healing from the pain of your last breakup.

When you start dating again, be prepared for some anxiety and discomfort. It’s natural to be guarded in these situations. You are going to have a fear of being hurt again. Slow and easy is the way to move forward in this situation. You don’t have to rush things.

If you want to be completely honest with your new date, you can tell him or her that you are just getting over a breakup. This move might scare some potential dates away who don’t want to deal with the baggage of your last relationship, but it can help in your recovery.

Eventually, you will notice that you are genuinely feeling better. One danger of this stage is that you may have gotten too comfortable in your recovery position. Maybe you are afraid to take a chance. Maybe you have gotten comfortable feeling sorry for yourself or focusing on your anger at your old partner.

These thoughts and feelings can keep you stuck, when you are actually ready to move on. Some honest soul-searching can help you move on. Are you afraid of repeating old patterns? Are you ready to make some changes about how you approach dating and relationships? Use this time to assess your real hopes and desires about a relationship. Now is a good time to make a realistic appraisal of what went wrong with the relationship that just ended.

Did you miss early signs that something was amiss? Can you take responsibility for your own part in the difficulties? What can you do differently this time? And what can you ask from your next partner that maybe you didn’t let yourself put out there with the last one?

Once you have healed, let go of the old relationship. You are ready to move toward a new one, you might not encounter the right person immediately but don’t beat yourself about it. Take advantage of the opportunity to meet new people, maybe some you wouldn’t have ever gotten to know otherwise.

Learn something new and return to old pleasures. You can go for a course, learn a skill or learn how to play one musical instrument. But don’t make snap decisions. Don’t jump into something just because it feels comfortable or because it feels different.

Remember that injuries can lead to growth and new directions. Take your healthy heart out into the world and find yourself a new and healthy relationship. You have to believe that you deserve a partner who will love you and share his or her life with you willingly.