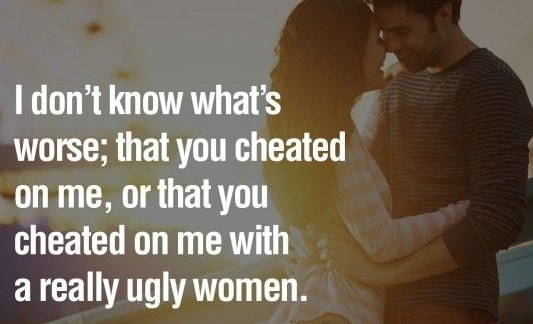 Forget The Man. Focus On Yourself And Your Children – Kate Halim Tells Married Women Living With Cheating Husbands

There’s a story making rounds about a mother of four threatening to kill herself because her husband bought an outdated car for his ugly, unintelligent mgbeke sidechick.

This woman, a beautiful woman was so heartbroken that she left a post on her social media saying that if she’s no more, people should reach out to her children because they are unfortunate to be born in an evil family.

I pity this woman. I do. But at the same time, if I was close to her, I would tell her not to kill herself for any man. No man is worth that ultimate sacrifice. Jesus has already done that, she doesn’t need to die for another human being again.

I would ask her why she wants to leave her toddlers motherless because one man decided to live like a single man. I would ask her what she would gain if she dies and leave her children at the mercy of a man who already abandoned them and moved in with his side chick.

I would ask her why she made this man, a mere mortal, her all in all that she doesn’t imagine life without him. I would ask what her children would think of her when they become adults and learnt she killed herself over an irresponsible man.

It hurts to be cheated on by your spouse. It is even worse when he flaunts his affair in your face. The pain pierces through your soul when he abandons you and your children for his latest sex attraction. That is the height of it. It is the greatest disrespect a woman can suffer at the hands of a man.

That kind of pain takes time to heal. It is indescribable. It’s like having your heart cut into tiny little pieces by someone who should love, nurture and protect you. But you don’t have to let any man make you do something crazy. You don’t have to make your children suffer because of a man’s irresponsibility.

I think one thing Nigerian women should learn aside going to school, learning how to cook different dishes and how to be home makers is the art of moving on. If a relationship is not working, let it go.

If a man shows you through his words and actions that he no longer wants to be in your life, don’t force it. Let him go. It is painful, but it is better to be alone than start fighting an unnecessary battle just to keep a man by your side. It’s not worth it. Don’t expend your energy on fighting to keep an unwilling man.

I have spoken to different women at different times who told me that they are afraid of starting over even when it was clear that their men have left them. I know a woman whose husband would bring teenagers into their home and have sex with them whenever she’s not in town. This woman knows but she’s afraid of starting her life afresh without the man who is hurting her.

She told me one day that after being married for over ten years that she won’t leave her husband because he is a serial cheat. She said life without him would be hard. She has treated sexually transmitted infections many times, yet she’s holding on to this man like oxygen. I hope HIV doesn’t come knocking soon.

I know another woman whose husband would strip and beat her even before their children because she complained about his girlfriends. She told me that she will endure the humiliation till death parts them. She claims marriage is for better, for worse and divorcing her husband means going to hell.

The annoying thing is that she earns more money than this coward that strips and beats her for daring to question his extra-marital couplings. According to her, no woman will come and reap where she has sown with tears, blood and scars. She told me that nobody will look at her after four children and at almost 50 years.

I pity these women. They have made their decisions and I respect that but I don’t understand why someone would be with a man who doesn’t want to be with them.

What joy do they derive seeing these men flaunt their lovers in their faces, take these ladies out, pay for their vacations, have unprotected sex with them and still come back home to have sex with them?

Someone told me recently that if she were Mackenzie, wife of the Amazon boss who was cheated on, she won’t leave her marriage for a sidechick. She said she would fight to finish and keep her marriage after 25 years.

I laughed. I laughed so hard that she got angry. She said there was no point leaving a billionaire after being married to him for half a century. I told her that the Lord is her muscle. At least, Mackenzie is not leaving empty handed. She’s leaving her husband a billionaire.

Her case is far better than women who get cheated on by average men who are struggling to pay rent and the ones who make babies in one-room apartments and still cheat. Mackenzie is better than many Nigerian women who are on Facebook asking strangers how to talk to their cheating husbands.

I told this woman to go and read the messages Jeff Bezos sent to Lauren Sanchez carefully. The man is gone. He’s enamored by Sanchez. His messages were loaded with passion. You don’t fight to keep such a man. You let him go. He put everything on the line for this woman and he should be allowed to enjoy his relationship with her with half his wealth. That sounds fair.

At the root of all these talks of not leaving a marriage when it is clear that your partner has left you is fear. Many women are afraid of starting life all over again. Some are afraid because they don’t have the money to take care of themselves and their children.

The fear of starting life all over again keeps many women trapped in unhappy, abusive and dead marriages. They prefer to endure the pain and humiliation their men put them through than start over. It’s sad.

Continue Reading
You may also like...
Related Topics:cheating, Husbands, women

Man Divorces Wife For Having 6 Children, Accuses Her Of Giving Birth Like Rabbits
Early Signs Of A Controlling Man: Red Flags You Should Never Ignore