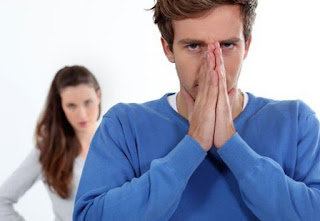 Nov 12, 2017 – Sex Addiction: The Spiritual Magnet That Drags Good Men Into The Net Of Bad Women

Sometimes, I don’t know what some men really want in relationships. You will see a man who has a good woman in his life, one who loves him, supports him and is faithful to him, yet he leaves her to go marry a devil.

I have seen this happen over and over again that I am tempted to say that some men don’t know what they want. They are confused about this thing called relationship. Or, perhaps, they get swallowed up by their greed because they want to have everything!

When it comes to relationships, you can’t have it all. You should be in a relationship with someone with whom you are comfortable. You shouldn’t lose that because of mundane things. Some men know exactly the type of girl they are supposed to be with. They know exactly the type of woman they should end up with in order to have a happy and healthy relationship. They know the kind of woman they should marry and raise a family with, but they suddenly go in the opposite direction. Why?

They will leave that woman who is ready to move heaven and earth for them. They will play with her but choose the one wrapped in adventure. But when trouble starts later, they will start crying that all women are bad.

I would advise men to stop thinking with their penis but think with a good head instead when it comes to relationship and marriage. Don’t go for a bad woman because you think sex with her will always be good. There are other qualities you should look out for in a woman.

I had a neighbour some years ago who left a beautiful, hardworking, respectful and calm lady he was dating because his father told him that Lagos girls are bad and corrupt, to settle for a village champion instead.

The ironic thing was that his wife was a stark opposite of his former girlfriend. She was ugly, ill-mannered, disrespectful, fought all the time and was lazy. She ran down his business in three years.

She fought with almost everybody in our compound then. People avoided her like a plague. It affected her husband’s relationship with others as well as his business. If they fought, she would start breaking plates and cups.

She would also throw things at him; verbally insult him and his family members to the hearing of their neighbours. She didn’t mind disrespecting him all the time. The marriage wore the once nice guy down. But it was too late. He couldn’t undo his mistake. He blamed his father for choosing the devil as he called her for him.

When I asked a friend why good men marry bad women, he said that because men are risk-takers; they believe that they are up to the task. Even though it is glaring that a woman is bad for them, they would still go ahead and date or marry such women because they feel they can handle it.

These men claim that bad girls drive them wild in bed, so they marry them. They forget that marriage requires many qualities. Their eyes open after marriage. They then understand that there’s more to marriage than great sex and wild orgasms.

Some men end up marrying bad women because unlike women they have a difficult time figuring out what they truly want. These men will tell you that they want a beautiful, hardworking woman who should be a wife, a mother, a whore, a cook, a washerwoman, a secretary and adviser. They just want their women to be everything, which is impossible.

I knew a young man who had a good woman by his side for over four years. She was with him through thick and thin. They met in the university and she stuck to him like glue even though he offered her only himself and his lofty dreams.

She loved him, stood by him while he was still trying to find his feet. She refused to leave him even when her friend tried to match-make her with one big boy in town then. This girl was certain that her boyfriend would succeed and marry her. She refused to listen to anything contrary that people were telling her.

But years later, after the young man started making money, he broke up with this girl. He said she was too humble and quiet for his liking. He claimed he needed a feisty woman by his side who would sustain the success he had attained. The girl was shattered. She cried and begged him but he stood his ground.

Months later, he married the woman he wanted by his side and all hell broke loose. While in courtship, she pretended to be nice at first and won the hearts of his family members. They welcomed her and sang her praises to everyone who cared to listen.

But things changed after they got married. She became the opposite of everything he wanted from her. She would insult him, steal his money, buy things in his name, chase away his family members from their home and almost destroyed his business.

The young man regretted his action. He traded the good woman he had for someone who gave him high blood pressure. He had to lie on his bed the way he made it. So, I ask again, why do good men marry bad women? Is it because of confusion, greed or excitement? I need your answers.