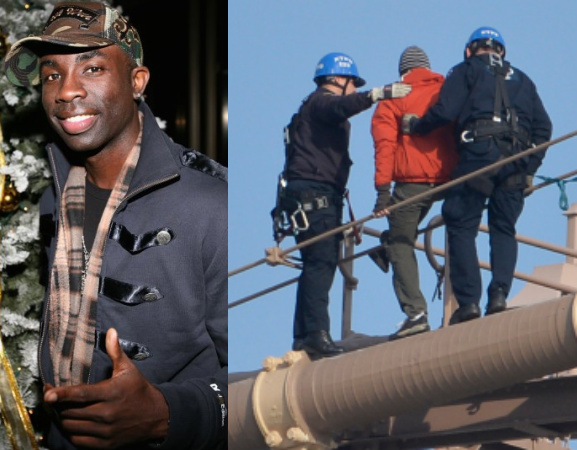 Oct 29, 2015 – How Police Tried To Rescue Louis Vuitton’s First Black Male Model, Sam Sarpong While Attempting To Jump Down A Bridge In California

MTV Star, Sam Sarpong has died by jumping off a bridge in Pasadena, Southern Califonia.

The United Kingdom born television personality, supermodel and actor, who has Ghanaian descent, was spotted at about 3 pm on Monday below the Colorado Street Bridge, often referred to as ‘Suicide Bridge’.

It was reported that Local Police spent no fewer than seven hours attempting to talk the 40-year-old star down from the ledge.

However, a UK based online platform, INDEPENDENCE reported that Los Angeles County Coroner’s office said the case was being investigated as a possible suicide but the cause of death would not be determined till the results of a toxicology test are released.

Meanwhile, Sarpong moved to the US and forged a successful career as catwalk model, working for Tommy Hilfiger, Gucci and Versace and became Louis Vuitton’s first black male model.