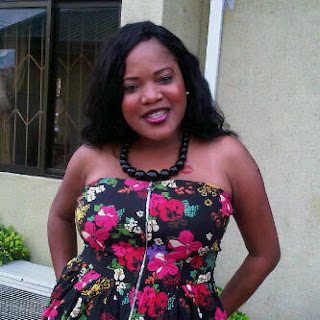 The union which lasted for a couple of years had been suffering lot of hiccups since December 2011, but Toyin has been silent about it. naijagists.com

What really led to the breakup is still mysterious. Rumour has it that the fair-skinned actress had actually given her best to make the relationship work but Kunle didn’t really understand her. They had issues hanging between them unresolved despite all the effort that the Alakada producer invested in it.

The families of Kunle and Toyin had a formal introduction but picking a wedding date was like building castles in the air. That, however, did not deter the love birds from living together for two good years before the affair finally packed up. Toyin had been seen so many times displaying affection openly for Kunle. She displaye the picture of him on her BlackBerry, with messages like: ‘Kunle, I cant trade you for anything in the world.’ It was reported that she once said in one of the interviews she granted that,

“Many people think I am not married to Kunle…Hmmmmmmm, O.K, let’s watch and see. Let’s keep the secret for now, I love and am happy with him.”

“ironical part was that Toyin took the engagement party to Ghana to avoid any contact with people who had sworn that that her relationship with Soyombo would not develop into marriage. They took a summer break and got formally engaged away from rumour mongers and her rivals in the movie world. But in the end it didn’t stand the test of time,” one busybody noted.

Surprisingly, Toyin doesn’t believe that celebrities like her should date rich guys; that is why she has been with Kunle all the years. In an interview she granted recently, she said: “I am not thrilled by money men have to offer me. I believe in true love. It is not that I don’t have rich men who woo me but I think I am more comfortable with a man who we can start our lives together and I have no regret; many of my female colleagues criticize me for not dating rich men. The fact is that am happy with the financial status of my man.”

We gathered Kunle has abandoned their Omole Estate abode for an unknown destination. Busy bodies say that Kunle Soyombo can’t marry her because of the scandals that have trailed her in the past. We recall that Toyin was alleged to have fought with Yomi Salami over a movie marketer named Alhaji Kazeem Afolayan of Epsalum Movie Production Limited.

Report has it that petite Yomi Salami had been steady with the movie marketer before Toyin surfaced. So close was Yomi to the marketer that she dictated the kind of movies the man marketed. We also gathered that it was Yomi that made it possible for Toyin to keep her stuff in Alhaji Afolayan’s office when she was evicted from her friend’s place in Surulere. So it came as a surprise to Yomi when she discovered Toyin and Alhaji were already in each other’s arms

When the issue generated lot of hullaballoo on location, Alhaji explained that it was Toyin that pushed herself on him, and that on many occasions, Toyin would come to him in sexy dresses and behave in an improper manner.

Other allegations have been linked with Toyin in the past.