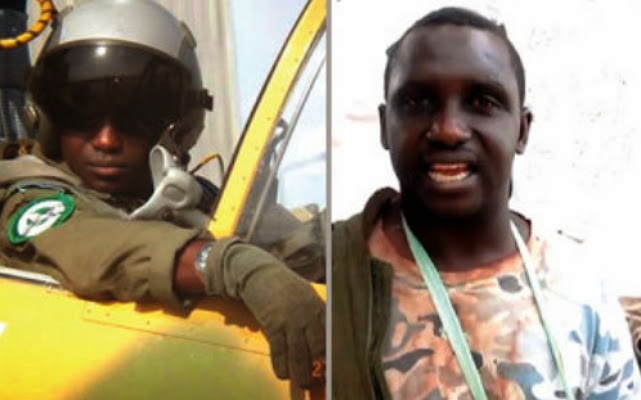 Oct 5, 2014 – Identity, Names Of Airforce Pilot Beheaded By Boko Haram Revealed: How He Killed 63 Terrorists Before Being Captured

The brave hero who sacrificed his life for Nigeria on a recent combat mission against Boko Haram in Borno state has been identified.

The Wing Commander who was recently beheaded by Boko Haram has been identified as Chimda Hedima.

According to his colleagues, Hemida who was born in 1975 crashed the aircraft into an area occupied by Boko Haram miltants killing at least 63 terrorists before being captured.

On the Facebook page of the Nigerian Army Support Group, his friends wrote, “It is with deep regret that we announce the death of a true Nigerian hero, Wing Commander Chimda Hedima. This man was a hero of the highest order.

“On September 11, 2014, a company of Nigerian Army soldiers attempted to overrun a Boko Haram position in Borno. Due to the low altitude, the plane suffered significant damage from the terrorists’ gunfire.

“Wing Commander Hedima and his partner realised that they were going to crash.

“They, instead of hurriedly parachuting to safety within Nigerian controlled territory, chose to embark on a mission to destroy as many terrorists and their weapons as possible. They parachuted out at the last minute but not before ensuring that their plane slammed into a column of terrorists in which 63 Boko Haram members were killed as a result of their bravery.

“Wing Commander Hedima was captured. On September 12, he was killed.

“He chose Nigeria, he chose all of us. We cannot forget him. Please share his story. His name should be known by everyone.

The fate of his co-pilot is still unknown.