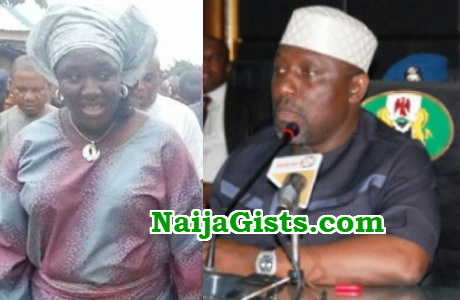 Mrs Ogechi Ololo, the younger sister of Imo State Governor, who was appointed to the office on Monday has broke the first rule of Happiness.

She fired back at Nigerians critizing her office yesterday via her ‘official’ Twitter  handle @MrsOgechiOlolo, telling them to “shut up” and make good use of their senses.

Since she took office, she hasn’t stopped cursing our Nigerians who challenged her. 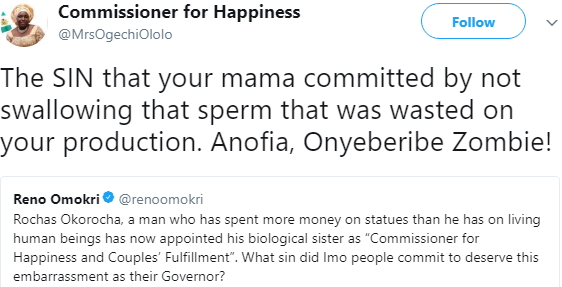 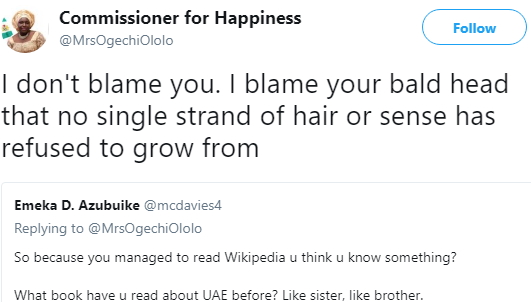 Which kind Happiness Commissioner is this?

The first thing a Happiness Commissioner must have is good manner, which is obviously lacking in her show of shame on Twitter. Why insult people in this rude manner?

Sorry my people, this is not her official account, an impostor is obviously using her name to curse people out on Twitter.

NG has notified her.