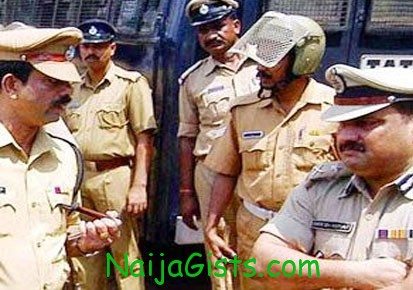 The ongoing rift between the Nigerian students and the residents of an apartment in Thrikkakara, over an issue of misbehavior, continues as the talks between them have failed. naijagists.com

The Thrikkakara police had initiated the talks. However, the residents demanded that the students should be evacuated from the apartment. On the other hand, the Nigerian students said that they would not vacate as they have not done anything wrong.

The residents, who were the first to lodge a complaint, alleged that ten persons among the group had appeared nude on the balcony of the apartment. Even though the police had quizzed many of the residents, they could not identify the persons who indulged in the alleged activity.

Thrikkakara SI Sibi Tom said that they had tried to solve the problem and called both the parties for a discussion. “There are 53 Nigerians boys here. They are getting trained at a private institution Euro Tech Maritime Academy and are sponsored by the Government of Nigeria. The meeting between both the parties could not be a success as both of them were not ready for any compromise,” he said.