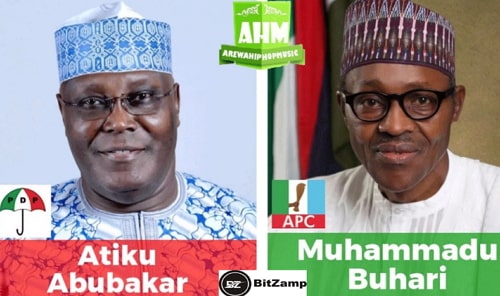 Integrity Vs Security: Which One Will You Vote For In 2019?

The primary purpose of government is the security of lives and properties of the citizenry. It’s a very simple statement of fact but loaded with impregnable meaning. It is a statement that is memorisable but difficult to implement especially by a struggling old man who is battling with his health and that of the Nigerian nation.

The primary purpose and responsibility of government no matter the form or shape, is the security of lives and properties. Once this constitutional requirement fails the test of leadership, such a government could safely be said to be rudderless, spineless and one lacking the capacity to drive national vision, goals and objectives.

When I saw a screaming headline last week that President Buhari was calling for understanding from Nigerians to allow him another four years, I knew that integrity has taken capital flight and that we are in for serious trouble. How can a president that has failed woefully to provide the basic responsibility of government be asking for a continuation of such monstrosity by way of re-election. Deep inside the conscience of President Buhari, I want to believe he is not actually enjoying the lure of power and its appurtenances. I can’t see the glamour of office in him either. I can’t smell the aroma of power around him, because the man’s public outing is quite austere.

The little time we see him out there, looks more like a snap in the dark. The real men enjoying the aroma, grandeur and candour of power are the Abba Kyaris of this world, Babagana Kingibes of this world and the Mamman Dauras of this world. They are the men of power of today, who would rather have us maintain President Buhari, even as mannequin in so far it fulfils their own selfish and vaulting ambition of maintaining their grip on the power rostrum.

The level of insecurity in the country today calls for serious concern. And a reasonably thinking government would by now rejig the security architecture to accommodate new faces, new ideas, new innovations and paradigm shifts that could inject new blood into a system that is almost becoming stereotype.

Tired and retired security chiefs who should be enjoying the comfort or discomfort of their homes in the warm embrace of their children and grandchildren, are still being kept in the harmattan distraught Sambisa forest in search of one Shekau and his variance. The effortless ease with which the military hierarchy exposes its strategy also calls for concern. How on earth will you be announcing to the whole world and by extension the insurgents that the new uniforms of the soldiers carry an alarm bell that will notify the other troops when one of their own is under serious threat or attack. That to me is an exercise in overkill. The military hierarchy does not need to expose its strategy or methodology in checkmating the rising wave of casualties of its own.

It is simply exposing its own plan and telling it to the world. That to me is not strategic. Beyond seeking for partnership with the media in the reportage of the activities of Boko Haram, the military must change its strategy and keep it to mind and not telling the insurgents what it intends to do.

What the military is doing at present is akin to informing an armed robber that you are coming for him by blowing siren. Where would you find such a robber? He would have escaped before you get to him of course. This is the age of communication, improvisation, and innovation in both intelligence gathering and the whole component of security architecture.

Exposing the plans of the military in combating Boko Haram is like telling the insurgents what your next plan is and how you want to go about it. This is not healthy for our security roadmap as we await time-tested solutions to our insecurity concerns. The failure of the Buhari-led Federal Government got to a new height following the gruesome murder of former Chief of Defence Staff, Air Chief Marshal Alex Badeh.

He was killed like one unknown quantity by unknown gunmen within the precinct of the Federal Capital Territory, on his way from farm. A Chief of Defense Staff who coordinated all the security agencies of the country up till 2015, is not just another Nigerian without any discernible address.

He’s not just one of our several unknown soldiers being mauled down on regular basis, but a four-star General who has contributed his all to the security architecture of Nigeria at the highest level. He was mauled down, his friend reportedly abducted while his security aides looked on. How does that sound in our ears? Before that died down, Zamfara State was swallowed up in another pogrom leaving scores of people dead at the end. Chibok also fell under the weight of insurgency. Nigeria has become one huge theatre of bloodletting, killings and kidnappings. All these cannot assume to be stimulants for investment. Not at all. We complained in 2015 and accused former President Goodluck Jonathan of being incapable of handling our developmental challenges.

It will crumble under the corrosive influence of rainfall. But that is Buhari’s story. A story of non-performance in a government that parades a strong cabal that dictates the swing of the pendulum. When President Buhari was 72 years old in 2014, he told Nigerians on assumption of office that age would affect his performance in office.

In 2015 when he finally sat down to confront the business of state, that statement began to have its toll. He took six months to be able to assemble his cabinet of less than 50 people. Now, at official age of 76, the president has aged tremendously coupled with health challenges, he certainly cannot assume the same level of strength he had in 2015. Despite that, he was still appealing to Nigerians to allow him opportunity to continue.

That exactly is where power intoxication becomes a disease. If he said age would be a hindrance in 2015, does that mean he gets satisfaction for his incompetence and lack of capacity thus far to warrant him begging us for another four years of inactivity? If at lesser age, he wasn’t able to strike gold, is it at older age that he would be able to sustain the leadership marathon race to deliver on the essentials to move Nigeria forward? I am pained that we lost a great mind in ACM Alex Badeh to the insecurity of the system that currently overwhelms us.

A man of that level should not fall victim to the ferocious bullets of some assailants in such a manner that easily exposes the fault line in our security architecture. In such scenario, the Inspector-General of Police should simply just resign for his failure to protect lives and property. But rather than resign for such incompetence, I understand the IGP is seriously lobbying for an extension of time beyond his statutory terminal date to enable him prosecute the 2019 elections.

This is the only country that I know of where the Police hierarchy does the bidding of the executive arm of government. The level of partisanship of the Nigeria Police is unwholesomely disturbing for a 21st world. As often said, anything goes in Nigeria. And once you speak the language of the President, your sins are bound to be forgiven. Those who are clapping for the failures of this government today, will surely weep tomorrow, when it will dawn on them that President Buhari has really disappointed those who once held him high. We cannot continue to play politics with these shortcomings. It is a matter of fact that President Buhari hasn’t lived up to the expectations of greater majority of Nigerians and he must be told the bitter truth. He should quit in 2019 in order for us to commence the process of rebuilding a heavily polarised nation with no clearly defined roadmap. The time to speak with our thumbs is now. Tomorrow might just be too late.

Continue Reading
You may also like...
Related Topics:2019, Atiku, Buhari