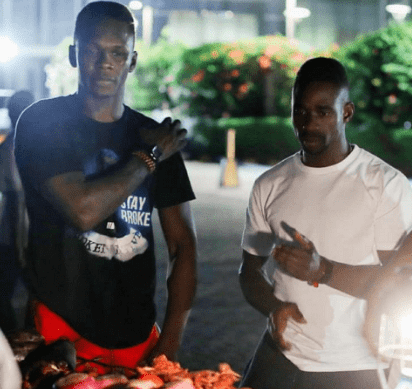 By Gowon Akpodonor, The Guardian

The current Ultimate Fighting Championship (UFC) interim middleweight champion, Nigeria’s Israel Adesanya could not hide his joy yesterday at finally being home after a long while outside the country. Yesterday was the second day of Adesanya’s visit to his fatherland which he left 16 years ago.

New Zealand-based Adesanya, who defeated America’s Kelvin Gastelum during a UFC 236 fight in Atlanta, USA a few weeks ago, was the cynosure of all eyes at a four star hotel in Victoria Island, Lagos yesterday, with friends, relatives and boxing fans pushing to take photographs with him. It was the same scenario at the Murtala Mohammed International airport on Tuesday afternoon when Adesanya and his team from New Zealand arrived in Lagos, as immigration officers and other security personnel at the airport ‘abandoned’ their duty post to take photographs with the combat fighter. 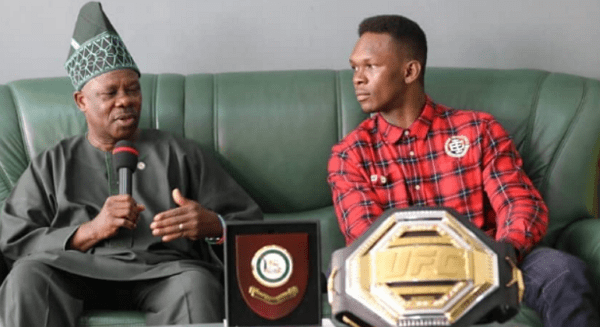 After attending to his numerous fans Adesanya settled down for a chat with The Guardian.

“Nigeria is a sports loving country and I love the people,” Adesanya began. “I never knew that majority of Nigerians follow my fight on television. This is wonderful. Since I came into Lagos on Tuesday afternoon, the people have demonstrated their love towards my team and me.

The Last Stylebender, as Adesanya is fondly called, disclosed that he decided to ‘sneak’ into the country to feel the environment, which he left about 16 years ago.

“I left Nigeria at the age of 11 years, and it is wonderful to be back again.I decided to sneak in because I wanted it so for now.

But I will come back soon, probably with Kamaru Usman (the ‘Nigerian Nightmare’ and first African fighter to win a UFC title). I have enjoyed myself since I came into Lagos on Tuesday. I have eaten a lot of our local food. I started with suya, and this morning, I eat ewa agoyin (beans prepared locally). I will head for a special amala joint this evening,” he stated.

Adesanya, who hails from Odogbolu, Ogun State revealed that he would meet with Governor Ibikunle Amosun today in Abeokuta.

“I will also find time to visit my former school, Chrisland in Ikeja. I may visit my people in Odogbolu, if time permits me,” Adesanya said.

The Guardian recalls that Adesanya’s victory at the State Farm Arena in Atlanta, Georgia, which earned him the interim middleweight championship belt, was one of the best title fights ever seen in combat sports history. The Nigerian won via unanimous decision. 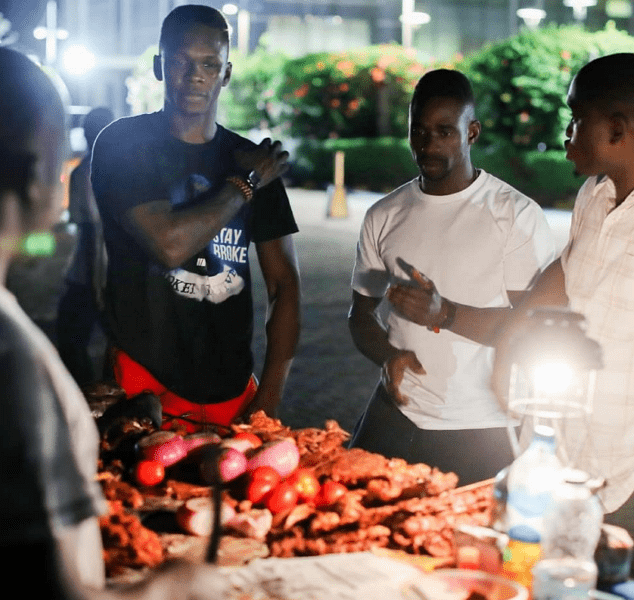 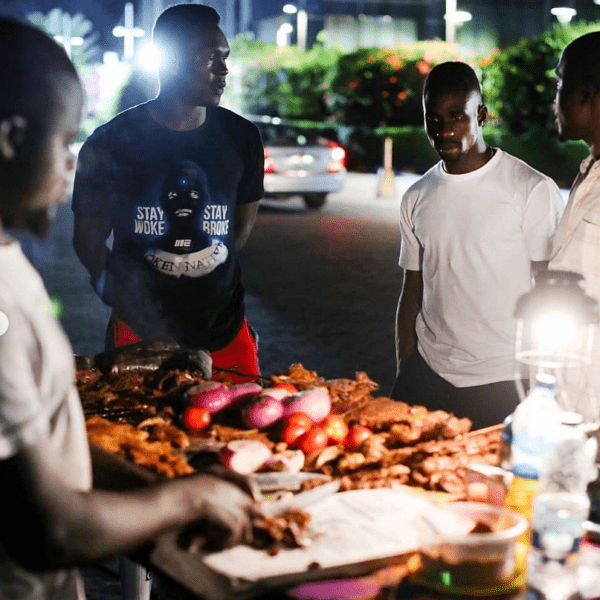