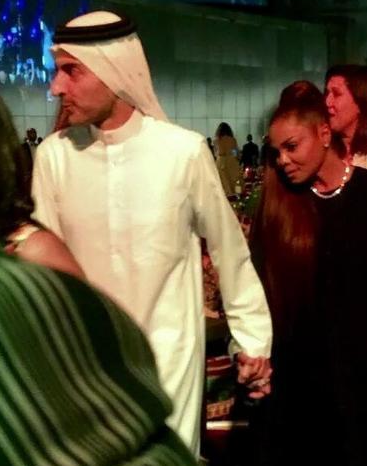 Late Michael Jackson’s sister, Janet and her Arab hubby, Wissam Al Mana who have been in hiding since last year have stepped out publicly.

Since they met several years back, Janet Jackson has not performed in public.

Many of her fans in the US are worried that Janet might have been hypnotized by Wissam Al Mana.

These photos of Janet and Al Mana were taken on Friday during a fashion event in Dubai. 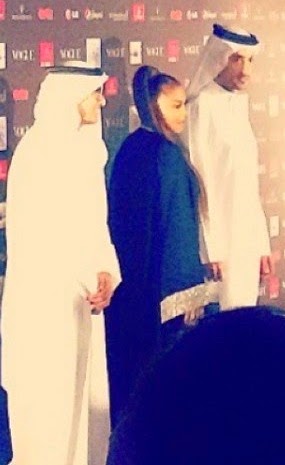 Janet Jackson that used to expose her body has suddenly changed since she met him.

Love is stronger than anything else in this world.