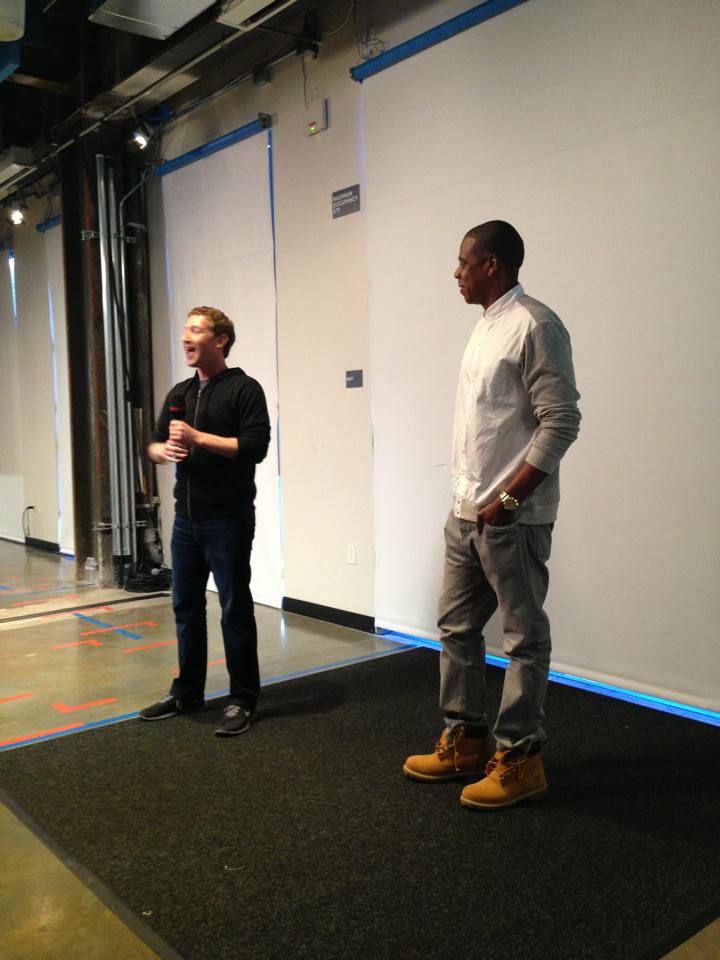 On the 26th of July, 2013 before going to San Francisco leg of his popular Legends of the Summer Tour, Baby Blue Ivy’s daddy, Jay-Z paid a courtesy visit to Facebook founder Mark Zuckerberg at the official headquarter of the social media company in Menlo Park , California.

He had a brief chat with Mark Zuckerberg and Facebook’s employees before heading to San Francisco with Justin Timberlake.

It was a surprise visit because most of the workers at Facebook HQ were surprised to see the music legend.

Pregnant Woman Who Killed Her Husband With Stone Arrested In Ilorin
Yvonne Okoro Vs Yvonne Nelson: Who Is Hotter?