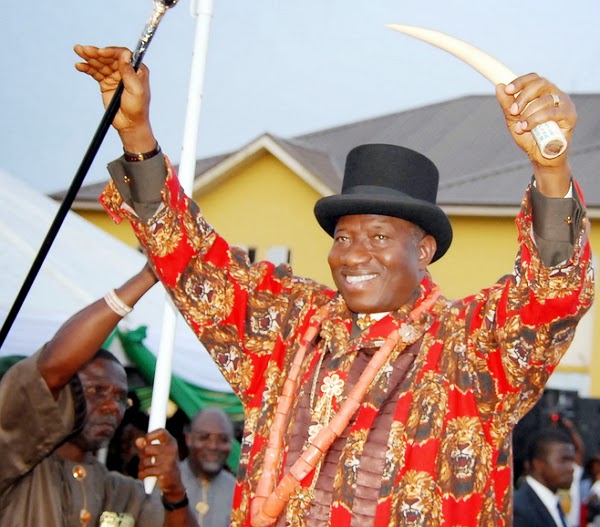 Some lawyers, including Senior Advocates of Nigeria, have called for the prosecution of the Peoples Democratic Party and those who donated over N21. 27bn towards President Goodluck Jonathan’s electioneering.

They said in separate ineterviews with The PUNCH on Tuesday that the donors breached the Electoral Act by exceeding the limit stipulated by the Act.

Sub-section 10 of the same section adds that   a presidential candidate “who knowingly acts in contravention of this section commits an offence and on conviction is liable to a maximum fine of N1m or imprisonment for a term of 12 months or both.”

Section 91(2) of the same Act states that, “The maximum election expenses to be incurred by a candidate at a presidential election shall be N1bn.”

While Sagay said the whole exercise was suspicious, Falana and Ogunye argued that the PDP and the donors   needed to be punished to serve as a deterrent to others.

Falana, a SAN, said both the President and the PDP also violated   the section of the   Act which pegs expenses for presidential campaign at N1bn.

He said while the President could be spared from prosecution because of the immunity he currently enjoys, the PDP should be tried and the money in excess of N1bn forfeited to the Independent National Electoral Commission.

He said, “It is the height of impunity by the ruling party. The maximum election expenses cannot exceed N1bn by virtue of section 90 of the Electoral Act.

“The PDP and President Jonathan have violated the law. The President enjoys immunity but the PDP is liable to prosecution and if convicted the fine is N1m while any amount which exceeds the prescribed limit shall be forfeited to INEC.”

Falana, who urged   INEC to implement the provisions of the law,   added that “the impunity was promoted by former President Olusegun Obasanjo, who extorted huge sums from government contractors and departments for election and the so-called presidential library.”

Ogunye took a similar stance and asked the police and the Economic and Financial Crimes Commission to commence immediate investigation.

He said, “This is the time for the EFCC and the police who have the time to be harassing people doing their job at the National Assembly, to do their job.

“The recipient must be made to return the excess they collected. The case of conspiracy has been established against the donors who exceeded the N1bn limit prescribed by the law.

“Even if the recipient has not spent the money on the campaign, there is a case of obtaining by false pretences.

“The EFCC and the police should investigate and prosecute the donors immediately because whichever way there is illegality.”

To Sagay, who is also a senior advocate, the donors needed to explain to the world how they acquired the money they donated to the President’s campaign.

He said, “According to the Electoral Act, the maximum amount meant to be raised for presidential election is N1bn. Secondly, all the donors have to explain to this country how they acquired such money so that we are sure that it is not state money that is being recycled as campaign donation.

Ubani, a former Chairman of the Ikeja branch of the Nigerian Bar Association, called for the disclosure of the names of all the donors.

“The issue of transparency in donation to political parties is key. Do those whose names were not mentioned belong to a secret society? We need to know their identities,” he said.

But Ngige, also a SAN, said the Electoral Act 2010 was behind time and was therefore prone to being breached by all political parties.

He noted that   Jonathan had already announced   that they were going to be in breach of the law.

“The Electoral Act is behind time. It is clear that political parties may observe the provisions in breach of the law,” Ngige added.

He said that despite the shortcomings in the Electoral Act, INEC should go ahead to demand from the various political parties how much they had spent on electioneering so far “and see how they will react.”

“It behoves on INEC pending the amendment of the law by the National Assembly to ask for the audited expenses parties have expended on the campaigns so far and let us see how they will react,” the SAN said.

An online reader, who identified herself as Funmilola, wondered what the PDP would do with the funds.

She argued that Jonathan did not need much publicity if he had performed well to merit a second term.

She said, “Seriously speaking, any responsible leader will reject this ridiculous donation. For argument’s sake, what does the PDP want to do with over N21bn?

“Honestly, if this administration has been doing well, its work should speak for it and the PDP won’t need to scream and shout. Do you know how many federal hospitals, schools, roads, electricity generating appliances can be refurbished with over N21bn?”

Another reader, who identified himself simply as Kunle, said the donation was evidence of corruption in the different sectors of the economy.

“These are no donations. They are just returning part of what they got from the public purse. Check out the donors: oil and gas, road contractors, power agents, etc. Now, we know why the subsidy probe fizzled out; why so much is spent to procure darkness; and why Lokoja-Abuja road may never be completed,” Kunle added.

For Israel O., the contribution was a show of wickedness.

He said, “High degree of wickedness is in this country. While the masses wallow in abject poverty, our so-called leaders and businessmen are lavishing the wealth of the nation all in the name of supporting a failed government for re-election.

“ Today, health workers are on strike, yet politicians have   time supporting a clueless government.”

One of the donors who was chairman of the PDP fund-raising dinner on Saturday,   Tunde Ayeni, contributed N2bn.

The 15 states on the board of the Niger Delta Development Commission donated   N15m.

Under the Electoral   Act, how much can a presidential candidate spend on electioneering?

What is the maximum amount a corporate entity can donate to a presidential campaign?

Falana: Section 91(9) prescribes that an individual or other entity shall not donate more than N1m to any candidate.

What is the penalty for flouting the provisions of the law as it relates to presidential campaign?

Ogunye: Section 91(10)(a) of the Electoral Act prescribes a maximum fine of N1m or imprisonment for a term of 12 months or both.

Ogunye: The donors and the PDP

Ngige: Nobody can be prosecuted because the law is no longer in tune with reality

What about the President?

Ubani: He and the party may come up with the excuse that the money is not meant for presidential campaign alone.

If the President is found to have expended more than N1bn as prescribed by the law, can he be prosecuted after leaving office?

Ubani: The law is meant to be obeyed and applied.

Who should ensure that the law is complied with?