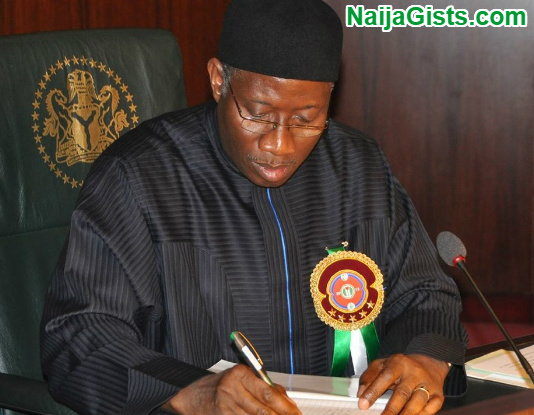 The Federal Government has disclosed that the admin istration of President Goodluck Jonathan spent N65 billion on travels in one year whereas it spent only N18 billion on roads across the country in the same period.

The administration, it was further alleged, also left N67 billion debt on fertilizer procurement alone for its successor. Minister of Information and Culture, Alhaji Lai Mohammed, who made the allegations yesterday during a session with newsmen at his Oro residence in Irepodun Local Government Area of Kwara State, also lamented that Nigeria has, so far, lost about $1 billion to the new wave of insurgency in the oil-rich Niger Delta. Mohammed said it was such revelations that fuelled the war against corruption in the country.

He noted that the Muhammadu Buhari administration’s efforts to correct the misdeeds of the past government could not be felt immediately because the rots in the system were too colossal for short term solutions.

The minister said that the Federal Government should not be castigated for its anti-corruption crusade being perceived as against members of the opposition, pointing out that the probe at present is about those linked with the diversion of funds meant for procurement of arms. His words: “People say we should not talk about what happened yesterday, but it is pertinent to learn, understand and move away from past mistakes. In the whole of 2014, the government then expended about N18 billion on roads, but spent N65 billion on travels.

This year alone, we have spent N70 billion on roads. “People say why are these steps not being felt immediately; it is because the last government refused to pay contractors between 2012 and 2015 even when crude was selling at $100 per barrel. Out of the N70 billion being owed Julius Berger, we have paid N14 billion. If government was not owing Julius Berger in the past and we paid N14 billion to them, you would have seen them busy on the roads.”

According to the minister, about $2.1 billion, which was allegedly embezzled, did not only allow the insurgents to be in control of 14 out of 20 local governments in Borno State, but led to the incalculable loss of lives of many innocent Nigerians and degraded the nation’s armed forces. On the $34.1 million frozen in the accounts linked to former First Lady, Mrs. Patience Jonathan, the minister stated that the probe was not initiated by the government. According to him, “Those being prosecuted today are being prosecuted for what reason?

The answer is obvious; it is about what happened to the funds allocated to fight Boko Haram.

As at that time, 14 out of 20 LGAs were under the control of the insurgents. “We were all wondering what could be happening to our gallant military men who had excelled outside the country helping others, but could not defend our territorial boundaries. In the process, the Pandora box was opened. So, it is only the budget voted for defence that is being investigated.

So it is not about going out to investigate members of the Peoples Democratic Party (PDP) or Mrs. Patience Jonathan. In her case, she was the one who came out when her aides or those of her husband were being investigated.”

He said the current hardship would have been ameliorated if there had been a conscious investment in infrastructure. He blamed successive governments for allegedly ignoring the needs for massive investments in infrastructure and reserves as he urged the populace to bear with the current administration that has decided to do things right.

His words: “We salute the courage and perseverance of Nigerians. We know what they are going through. It is not about trading blames; it is about those who used this or that. We had for long the economy centred around one commodity.

Our dependence on oil formed over 60 per cent of our Gross Domestic Products (GDP). When the oil price crashed, we had no reserves to cushion the effects. We did not invest in infrastructure. “Although people said we should stop talking about the past, we believe that proper accounts must be made.

We are hampered by the Niger Delta instability and we have, in the process, lost about $1 billion. But despite all these, major state capitals will be linked with effective rail system very soon. “The kind of leadership we have in Nigeria today is by example.

No minister of the Federal Republic of Nigeria, for instance, can today fly in First Class even if he has the wherewithal to do so. He must fly in the economic class. So we must all sacrifice. Do you know that a pharmacist who sells fake drug is worse than a Permanent Secretary who embezzled? The said pharmacist can send you to your early graves.”