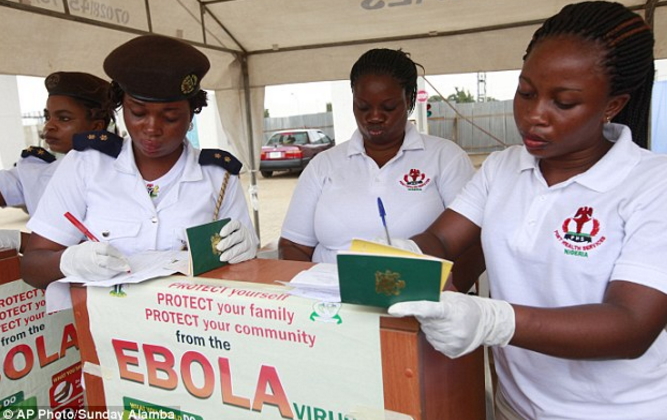 Justice Kueweumi Goes Spiritual In Court, Urges Nigerians To Pray In Order To Avert The Re-occurrence Of Ebola Virus Epidemic In Nigeria

This admonition was given by Justice Kueweumi early today at the Federal High Court in Lagos while presiding over the law suit filed by a Nigerian Medical Lawyer Olaolu Osanyin against the Nigerian Football Federation, Nigerian Immigration Service and the Attorney General.

As Osanyin’s Exparte application seeking order of the Court to restrain the NFF from hosting the International friendly match against the Democratic Republic of Congo in Port Hacourt Rivers State was declined. The judge while refusing to grant the Exparte application noted that although the Applicant had Locus standi in this matter because Ebola is a public health issue, and also considering the fact that the Joint Health Sector Union (JOHESU) was still on a nationwide strike in disregard of the Court order from the National Industrial Court, the Judge directed the applicant to put the Nigerian Football Federation, Nigerian Immigration Service and the Attorney General on notice.

The Judge appreciated the Citizen’s advocacy of Osanyin but insisted that the other parties had to be put on notice regardless of the urgency.

THE Judge thereafter urged Nigerians to pray to God against the re-occurrence of Ebola in Nigeria stating that there is nothing God cannot do, he concluded by saying that he personally will watch the match from the television while the case was adjourned till the 30th of May 2018.

Continue Reading
You may also like...
Related Topics:ebola, Judge, nigeria