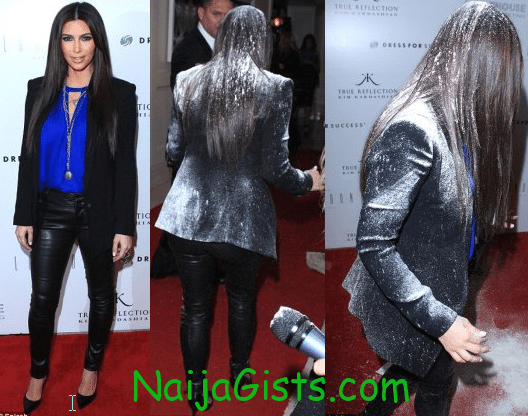 The woman in question was arrested but no charges were laid after Kim decided not to press charges.

The Asian woman was a supporter of PETA. Watch the video below

Below is the what shocked Kim told E! Online

That probably is the craziest, unexpected, weird thing that ever happened to me. Like I said to my makeup artist, I wanted more powder and that’s a whole lot of translucent powder right there.