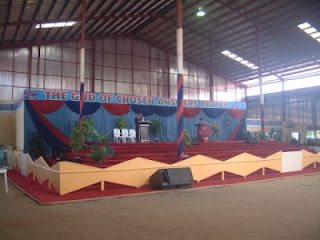 The officials of Lagos State Environmental Protective Agency (LASEPA) have shut down six churches in Lagos Mainland areas over noise pollution. Below are the churches affected naijagists.com

According to PM News, the agency has warned the churches to reduce the noise coming from their worship centers or face sanctions before carrying out its threat over the weekend.

Defending the agency’s action, General Manager, LASEPA, Engr. Rasheed Shabi said some of the churches rebuffed meetings called by the agency on how to resolve the issue.