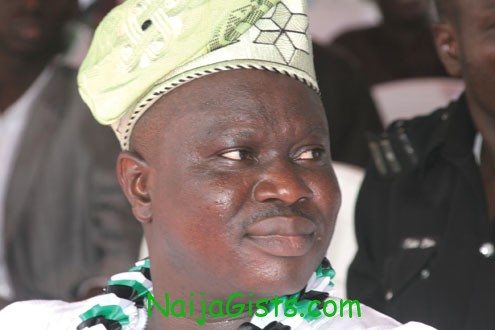 There are indications that the Speaker of the Lagos State House of Assembly, Adeyemi Ikuforiji, has gone into hiding following a court order for his arrest.

A Federal High Court had issued a warrant for his arrest last Friday following his refusal to appear before it and answer a 20-count charge of accepting cash payment of N518 million from the House without due process.

His personal aide, Oyebode Alade Atoyebi, was also indicted by the EFCC.

Ikuforiji, who filed two applications against the ruling of the Federal High Court yesterday, has been absent from the House since the warrant of arrest was issued.

Yesterday, his absence almost stalled activities in the House as the lawmakers waited almost endlessly for his arrival.

Most of his colleagues also openly complained that they were left in the dark concerning his travails.

Some of the lawmakers, who spoke with P.M.NEWSconcerning the development, said the Speaker’s absence may have resulted from the fear of being arrested if he showed up at the assembly.

They confided in P.M.NEWSthat throughout yesterday, officials of the EFCC stayed within the assembly to know if he would come around.

They also said a decision was reached among them to adjourn sitting to 28 December so as to close any vacuum his absence may cause.

The Deputy Speaker later presided over the sitting of the House after a long await.

When contacted, the House Committee Chairman on Information, Strategy and Public Relations, Olusegun Olulade, said the Speaker did not abscond, but that he was not well.

“The Speaker had been complaining of symptoms of ill-health since we returned from the budget retreat, but issues of state had kept him busy”.

“He has always been in the House as you are aware. He was only absent yesterday in order to go and treat himself.”

“We are in constant touch with him. If he had gone into hiding, there is no way we would know his whereabout.

“Once he is fine, you would see him in the Assembly”, he said. Olulade said the Speaker could not neglect his position as is being speculated since he is already taking action against the decision of the court that issued a warrant of arrest against him.

“It is just unfortunate that his health challenges coincided with this EFCC issue, thereby fueling such rumours.

“Ask any lawmaker or legislative staff and they will tell you they have been in constant communication with him.” (pm news)

Continue Reading
You may also like...
Related Topics:Hiding, lagos, Speaker