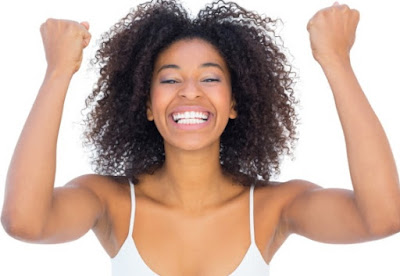 David felt a slight touch; then another touch. It appeared someone was trying to wake him up. As he struggled to open his eyes, he heard the most surprising words of his life, “Your Highness… Your Highness your ride awaits you”. “If those words are meant for me,” he thought, “I must still be dreaming. I should keep sleeping then”. He heard the words again, this time, the touch was firmer. Finally, he opened his eyes and saw the best-looking, well dressed and cultured man he had ever seen. It was strange though that the man looked like him.

“Sir”, the man said, “You don’t want to miss your ride do you?” Then it all came back to David. He was to make a year-long journey into 2018 and had packed his things. The prospect of the journey was so gloomy that he slept off in depression. Unfortunately, he couldn’t sleep away his misery because there he was again facing the very life he wanted to escape. But he wasn’t supposed to travel with anyone so who was the man?

“Your Highness, are you ready?” The man asked him. “What is this ‘Highness’ nonsense you are saying? You’ve got the wrong address.” David told the man. “No Sir! I’m in the right place.” The man replied. “Does any ‘Highness’ live in a ‘Lowness’ place as this?” He asked the man. “Well” the man replied, “It is not where you live that determines your royalty. It is who you are. We are all waiting for you.” Very alarmed, David screamed “We? All? Who else is there?” The man replied him gently, “There can’t be a ‘Highness’ without a kingdom, right? You think you are alone in life but whatever you say or do affects other people. Some people smile just because you smile and some give up because you discourage them. Look around you, more people are influenced by you than you know.”

David thought for a while then he told the man he wasn’t ready to leave. But the man answered, “Fear is not a problem; thinking you don’t have a choice than to fear is the problem. Whether you are ready or not, you must still make this journey to 2018 at the stroke of midnight. You can either prepare for it or spend the entire year wondering what hit you.”

“But I don’t have anything valuable to take along,” David argued. The man answered, “All you need to begin with is your life. Death is the only way to escape the journey and we don’t want that. To know how valuable the life of a king is to a kingdom, ask yourself why an entire kingdom will go to war to defend its king and why there is no succession until a king dies. No one can replace you in the entire universe.”

Grudging David said, “Ok, let’s go.” Surveying the room, he said, “I’ll soon be back anyway”. But the man said, “No Sir! You will never return here. It will only remain as a memory forever.” “What!” David screamed. “But I love it here! Ok, not that I love it here but I feel safe here.I feel protected here.” The man answered, “That is exactly why you need to leave.

Venturing out is risky but it is the only path to success. You will never know how much you are capable of until you step out to try. A king that waits for battle to come to his castle before fighting has lost already.

The past must never become a distraction from your future. Let go of 2017 and embrace 2018.”

Find out the identity of the elegant man and what happened to David next in the next article. I look forward to reading your stories of great successes and your comments.

Continue Reading
You may also like...
Related Topics:2018, inspiration, midweek

Life: A Gift To Be Thankful For
Be Excited! Greatness Awaits You In 2018
Advertisement