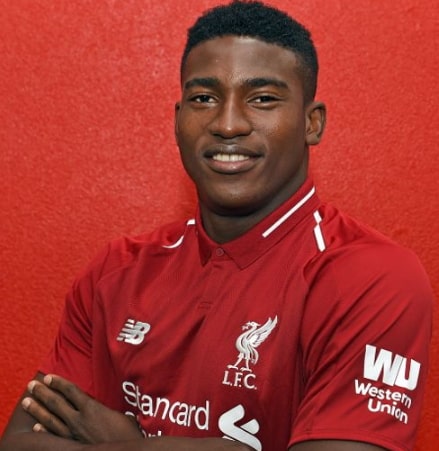 Football clubs wishing to buy Taiwo Awoniyi will have to place N6.1billion (about £13m) on Liverpool’s table, it has been revealed.

Awoniyi who is currently with his fifth club on loan since joining Liverpool in 2015, is yet to make a senior appearances for the Reds because he does not qualify for United Kingdom work permit.

The former junior international is reportedly being monitored by a number of clubs including German Bundesliga side Schalke.

Although Liverpool will be ready to let the 21 year old Centre forward go if as much as £13m is on the table.

Awoniyi’s future at Liverpool could change again depending on the United Kingdom’s impending exit from the European Union.

Sky Sports News understands that Liverpool are keen to retain Awoniyi but remain open to another loan deal if his work permit status is not resolved.

Awoniyi has spent spells on loan with FSV Frankfurt, NEC Nijmegen and Gent, and is currently on his second loan stint in Belgium with Mouscron.

He has scored six goals in seven games since returning to the club in January, having spent the first half of 2018-19 with their Jupiler Pro League rivals Gent.

His performance at the competition was spotted by for Super Eagles midfielder Seyi Olofinjana who made him join Imperial Soccer Academy, to begin his gradual upward improvement.

He subsequently joined Liverpool on 31st August 2015 for a fee put at £400,000 but was immediately loaned out to FSV Frankfurt.