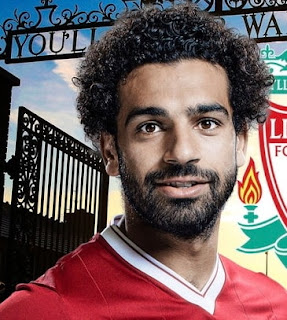 Liverpool star, Mohamed Salah won the award for the first time thanks to his exploits for his English Premier League side and Egypt national team 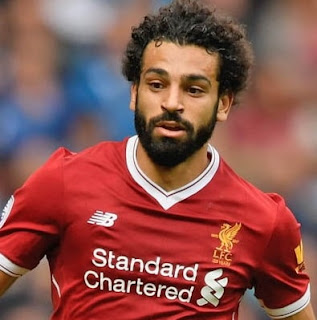 Egypt international Mohamed Salah takes home the award for the first time ever, as he managed to defeat competition from fellow finalists Sadio Mane and Pierre-Emerick Aubameyang at the awards ceremony in Accra.

The 25-year-old turned in a stunning campaign for Liverpool in 2017 as he scored 17 goals in 21 games after joining the English Premier League side from AS Roma.

On the international scene, he helped Egypt to a second place finish at the 2017 Africa Cup of Nations, including goals against Ghana and Burkina Faso. His brace against Congo in October helped the Pharaoh qualify for their first Fifa World Cup since 1990 to round off a sensational year.

Aubameyang, meanwhile, scored an incredible 31 goals in 32 appearances in all competitions last term, but only managed to get his hands on the DFB-Pokal with Borussia Dortmund.

The Caf Player of the Year award was initially pared down to a shortlist of 30. From there, Salah, Aubameyang and Mane were named the three finalists in December.

Player of the Year

Women’s Player of the Year

Youth Player of the Year

Coach of the Year

Club of the Year

National Team of the Year

Women’s National Team of the Year