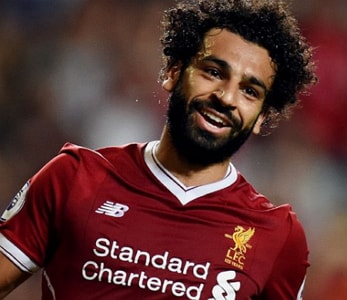 Rampaging Liverpool forward Mohamed Salah who has made the act of goal scoring in recent times a mere past time has been honoured.

The former Roma forward who has so far scored 33 goals for Liverpool is about to be honoured with a plot of land in Mecca according to Saudi news outlet Sabq.

The honour is coming so close to other goodies that has hit the table of the African footballer of the year including the PFA Player of the Year award. His photo finish performance against his former club in the semi final first leg of the Champions League Tuesday is another super talking point and a huge plus for the 25 year old Egyptian.

Naturally, Salah is enormously popular back in Egypt – never more so than after scoring the penalty which took them to this summer’s World Cup finals.

Little wonder during recent election in Egypt millions of voters shunned the candidates printed on the ballot papers, choosing to vote for Salah instead as President. His humility many say is simply infectious.

On Monday, Fahd Al-Rowky – vice president of the local municipality in Mecca – announced his intention to honour the Liverpool forward.

“There are several choices about giving this piece of land,” he told Sabq. “The way to go will be determined by Captain Mohamed Salah as well as the Saudi system.

“If the Saudi system allows the land to be owned by Salah, he will be given a piece of land in holy Mecca outside Haram.

The other option will be to have a mosque built on the land in his name.”

This isn’t just a reward for success, though: Rowky has stressed that while Salah’s talent makes him an ambassador, his manners, public personality and many charitable acts also allow him to serve as a fine messenger for Islam in the UK.

Liverpool handed Roma a 5-2 defeat with Salah scoring two of the goals but resisting the temptation to celebrate against his former club.