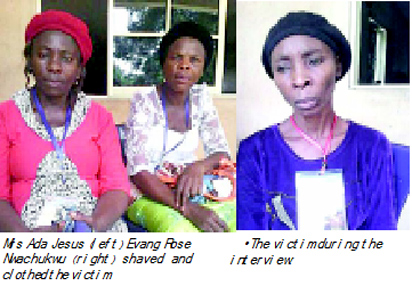 May 4, 2016 – Mad Woman Becomes Choir Mistress In A Church In Onitsha Anambra After 35 Years On The Street

A 46-year-old woman identified as Sister Chioma was 11 years old when she was struck by the spirit of madness.

She just received her healing after 35 solid years of roaming on the streets of Anambra State.

Chioma who hails from Abia State was delivered by the founder of a church (name withheld by request) who saw her at Onitsha Main Market during an outreach.

The pastor said her madness was a result of occultic and ritual practices by some evil men in Onitsha.

Sister Chioma was made the choir mistress of the same church months after the deliverance.