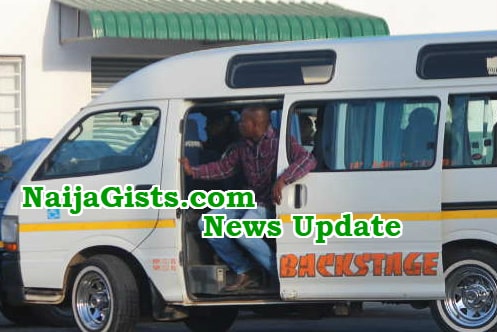 Man Accuses Wife Of Cheating For Sitting Next To Another Man On The Bus, Stabs Her 4 Times

A Zimbabwean man has appeared in court for allegedly stabbing his wife four times with a knife after accusing her of having an extra-marital affair with a man she sat beside in a kombi.

He was remanded in custody and the matter was postponed to today, iharare.com reports.

Prosecutor, Mr Hatizivo Chatikobo told the court that on the first count, which took place in October last year, Munyapwa had an argument with his wife, Memory Zvoushe after she refused to give him money.

Munyapwa then assaulted Zvoushe with a stick on her waistline, resulting it getting swollen.

The court heard that on the second count, Munyapwa and Zvoushe boarded a commuter omnibus from Tafara suburb to the Gazebo.

It is the State’s case that soon after disembarking from the commuter omnibus, Munyapwa started accusing Zvoushe of having an extra marital affair with the man she had been sitting next to.

The court heard that Munyapwa stabbed Zvoushe with a knife four times on the left palm, left back rib, left shoulder and the leg.

The matter was reported to the police leading to Munyapwa’s arrest.