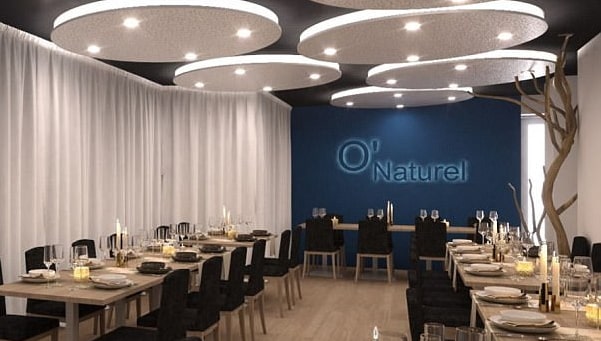 Paris’ first naked restaurant has closed its doors after just 15 months in business due to a lack of customers.

O’Naturel’s opening in November 2017 made global headlines but its infamy seems to have done nothing for its shelf life, Yahoo News UK has reported.

The restaurant, in the city’s 12th arrondissment, described itself as offering “bistronomic and refined cuisine” and was ran by brothers Mike and Stephane Saada –- who, despite O’Naturel’s theme, were not themselves nudists.

In a statement on the closure, they said: “We will only remember the good times, meeting beautiful people and customers who were delighted to share exceptional moments.”

France is one of the most visited countries in the world by naturists, and it has around 460 designated outdoor nudist spots across the country. Sadly, O’Naturel’s unique position as a nudist restaurant failed to capitalise on the attraction.

In a bid to protect diners’ modesty, a white curtain was draped across the window, and chairs were protected by a black drape which was changed in-between sittings.

On arrival, diners were shown to changing rooms, where they could store clothes and mobile phones and cameras -– strictly banned in the restaurant -– in lockers.

Guests were also given a pair of slippers, though women could leave heels on if they wished.

Dishes were typically French classics, while a three-course menu cost £57.50, though some criticised the policy of employing fully clothed waiting staff.

A blurb on O’Naturel’s website said: “The pleasure of dining naked all year in the capital in the respect of naturist values.

“A cloakroom is at your disposal to allow you to live this moment in all discretion.

“Whether you are already an initiate or want to try, you will be delighted to experience this experience.”

Man Accuses Wife Of Cheating For Sitting Next To Another Man On The Bus, Stabs Her 4 Times
Chinese Orthopedic Surgeon Who Slept Off During Surgery After Performing 5 Surgeries In 20 Hours Dubbed A Hero