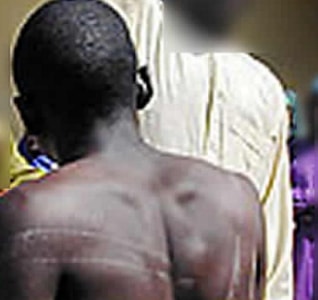 A Kubwa Grade 1 Area Court in the Federal Capital Teritory on Tuesday sentenced a 33-year-old man to 20 strokes of cane for stealing three packs of Coca-cola soft drinks, valued N4,400.

The judge, Abdulwahab Mohammed, also counseled the convict, Mohammed Sani, to desist from committing crime and be of good behaviour.

Sani was convicted for criminal trespass and theft.

The Prosecutor, Babajide Olanipekun, had told the court that Sani stole three packs of Coca-cola drink from the complainant’s shop located at Byanzhin, Kubwa, Abuja, on November 2.

He said Sani was chased and arrested with the drinks, adding that the offence contravened Sections 342 and 287 of the Penal Code.

Sani pleaded guilty to the charges and begged the court for mercy, saying that he stole because he was hungry.

Defence counsel, Moses Ugwummadu, prayed for the court to temper justice with mercy, adding that Sani would not do it again.