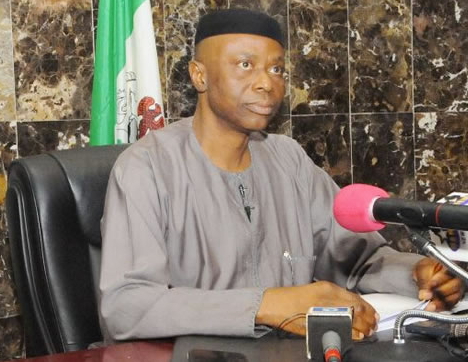 July 22, 2016 – Mimiko Under Fire For Distributing Free Rice To Ondo Residents Before Election

Ex-President of the Nigeria Bar Association, NBA, Rotimi Akeredolu has described the Ondo State Governor, Dr. Olusegun Mimiko’s distribution of rice to residents of the state few months to the governorship election as an act of electoral fraud.

He said it was amoral for Mimiko to be distributing rice to the people of the state while his administration had not been able to pay public servants arrears of salaries.

Akeredolu, a governorship aspirant of the All Progressives Congress (APC), added that Mimiko’s distribution of rice across polling units at this critical time was nothing, but an act of electoral fraud.

He conveyed his displeasure in a statement from his media office, noting that the decision of Mimiko’s administration to distribute such paltry food items “reduces our people to a pitiable state of beggary.”

He explained that there was no justification for the distribution of the so-called ‘Igbe-Ayo’ rice at the period the state “is preparing for governorship election and at the time the state is reeling under heavy debt burden. The state debt burden is now in the region of N85 billion or more.

“What then is the justification for sharing of food items if the government cannot meet its primary obligation? Our people are not asking for food items from any government. What they are simply asking for is a responsible and responsive government, which is currently lacking in the state.”

Akeredolu described Mimiko’s administration as hypocritical government, saying it espoused the philosophy of pain as its directive principle.