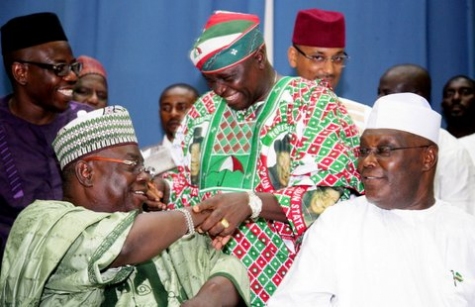 The members of the new political party that stems from PDP now called New PDP has vowed to continue their political fight against their opponent. 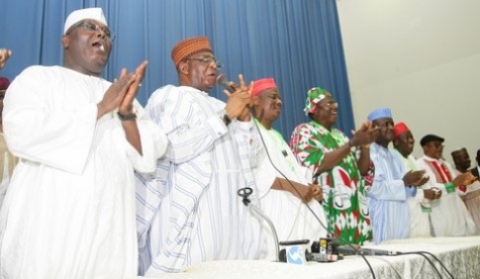 This past Saturday, 7 PDP Governors and ex-president Atiku abandoned the PDP party to form a new faction after walking out on others at the special convention in Abuja in a protest.

The group then regrouped at the Musa Yar’Adua Convention Center in Abuja where they elected new officers and announced their formation of the New Peoples Democratic Party. Abubakar Baraje emerged as the group’s national chairman.

In a statement issued by former Governor Olagunsoye Oyinlola, the national secretary of the New PDP, the breakaway group declared their resolve to pursue the mission of rescuing the party. The statement added that party members and leaders from all states of the country had continued to reach out to its secretariat in solidarity.

Read the transcript of Mr. Oyinlola’s statement below:

“Alhaji Baraje and other leaders of the party appreciate the overwhelming outpouring of support and encouragement from genuine members and leaders of the party across the country. We assure them that we will not disappoint them in the mission to make the PDP work again in the interest of Nigeria and its people.

“We also appreciate the efforts of leaders of the party, particularly President Goodluck Jonathan and former President Olusegun Obasanjo who, we note, have scheduled a meeting of the party elders for this week. We respect the elders and will be guided by them even as we stress that we will not abandon the ideals of justice and fairness that gave birth to the new party leadership under Alhaji Baraje.

“We equally call on all party members across the country to remain peaceful and law abiding as the PDP rescue process is being pursued with vigor. We owe the coming generation of Nigerians a duty of ensuring that impunity and dictatorship do not take any root in our democracy and, indeed, in our nation.

“The new party also commiserated with families, associates and friends of the Adamawa State delegates who lost their lives in the road crash that occurred on Saturday after the convention. We pray that Almighty God will grant the soul of the departed eternal rest and will give the family the fortitude to bear the loss.”